Business   In Other News  10 Jul 2019  Hyderabad residential realty prices up 9 per cent
Business, In Other News

Providing much respite to the housing market, unsold inventory across top eight markets recorded a decline of 9 per cent YoY in H1 2019. 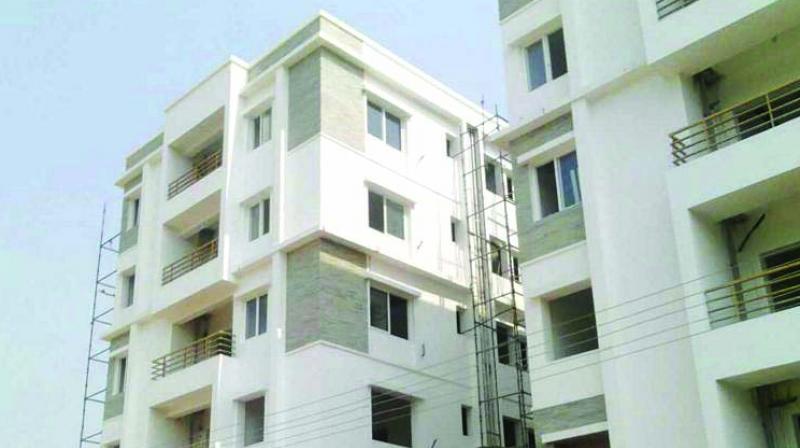 Among the top 8 cities, Hyderabad residential real estate market has performed better in most fronts.

Chennai: While the residential realty of most of the top cities are witnessing prices stagnating, Hyderabad has recorded 9 per cent increase in the first half of 2019 as unsold inventory declined by 67 per cent. Among the top 8 cities, Hyderabad residential real estate market has performed better in most fronts.

Weighted average prices have been stagnating across cities with Mumbai, Pune and Chennai seeing prices fall by a further 3 per cent, 4 per cent and 3 per cent YoY, respectively in the first half of 2019. However, Hyderabad continued to see exceptional price growth at 9 per cent YoY due to the high proportion of ready inventory and very little supply coming online during 2018, finds a report by Knight Frank India.

During the last four years, the growth in residential prices in most of the top eight cities of India has been below retail inflation growth and the gap has progressively increased since H1 2016. This has helped keep the end-user interested and arrested the downward sales momentum as compared to launches. Hyderabad has been the only market to buck the trend and recorded residential price growth over the retail inflation level.

Providing much respite to the housing market, unsold inventory across top eight markets recorded a decline of 9 per cent YoY in H1 2019. Hyderabad remained exceptional by witnessing a decline of 67 per cent in unsold inventory to 4,265 units. Mumbai was the only market to record an increase with inventory overhang rising by 14 per cent. While launch of new units in key cities rose 21 per cent YoY, supply volumes in Hyderabad grew by 47 per cent to 5,430 units against sales of 8,334 units.