Business   In Other News  10 Aug 2018  No proposal to withdraw Rs 2,000 notes from circulation, says govt
Business, In Other News

No proposal to withdraw Rs 2,000 notes from circulation, says govt 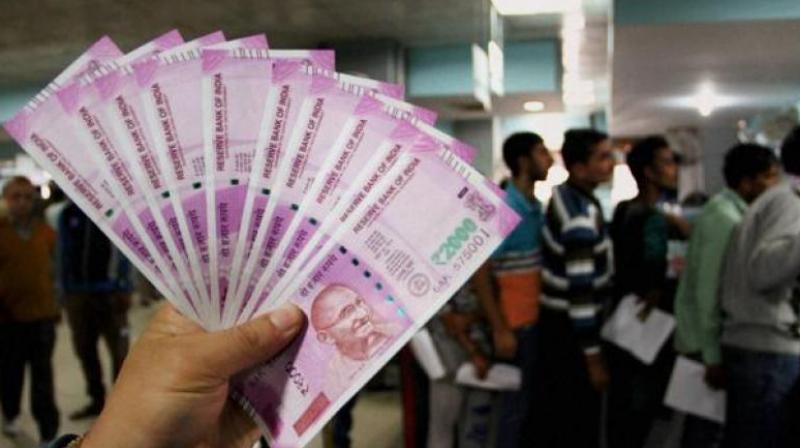 The government on Friday said that there is no proposal to withdraw Rs 2,000 denomination note. (Photo: PTI)

New Delhi: The government on Friday said that there is no proposal to withdraw Rs 2,000 denomination note.

RBI introduced Rs 2,000 notes following demonetisation of high value Rs 500 and Rs 1,000 notes in November 2016. Replying to question whether the government is considering withdrawal of Rs 2,000 notes shortly, Minister of State for Finance Pon Radhakrishnan in the Lok Sabha said, "there is no such proposal."

Specified Bank Notes (SBNs) were received by the RBI either directly or from bank branches or post offices through the currency chest mechanism and were subjected to verification for authentication and numeral accuracy, he said.

"The process has since been completed. The notes processed online in Currency Verification and Processing System (CVPS) have been destroyed," he said.

In another reply, Minister of State for Finance Shiv Pratap Shukla said Public Sector Banks (PSBs) witnessed a period of aggressive lending from 2008 to 2014 where the gross advances increased from 18.2 lakh crore to 52.16 lakh crore as per RBI data.

"Reasons for spurt in stressed assets have been observed to be, inter-alia, due to aggressive lending practices, wilful default / loan frauds / corruption in some cases, and economic slowdown. Asset Quality Review (AQR) initiated in 2015 for clean and fully provisioned bank balance-sheets revealed high incidence of NPAs," he said.

"As a result, while PSBs have reported aggregate operating profit of Rs 36,725 crore in the third quarter of FY 2017-18, due to provisioning of Rs 54,822 crore substantially on account of transparent recognition of NPAs by PSBs and consequent requirement of ageing provision, they have reported a net loss of Rs 18,098 crore in the said quarter," he said.