Business   In Other News  11 Apr 2018  Saudi Arabia happy with oil market, won't let another glut form
Business, In Other News

The world’s biggest exporter of oil will not sit by and let another supply glut surface. 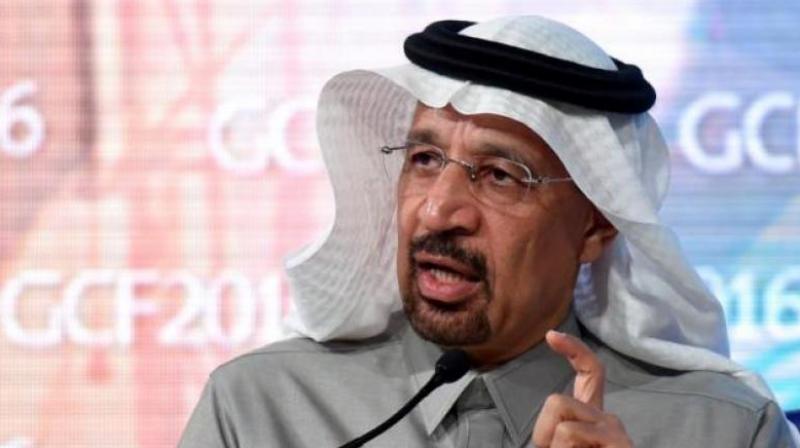 Members of the Organisation of the Petroleum Exporting Countries (OPEC) are seeking a close balance between supply and demand, Khalid al-Falih said.

New Delhi: Saudi Arabia’s energy minister said on Wednesday that the world’s biggest exporter of oil will not sit by and let another supply glut surface, but also does not want oil prices to rise to “unreasonable levels”.

Members of the Organisation of the Petroleum Exporting Countries (OPEC) are seeking a close balance between supply and demand, Khalid al-Falih said, speaking on the sidelines of the International Energy Forum, a gathering of oil producers and consumers in New Delhi. Falih also told reporters he was happy with the current state of the oil market.

OPEC, Russia and several other non-OPEC producers began to cut supply in January 2017 in an effort to erase a global glut of crude that had built up since 2014. They have extended the pact until the end of 2018.

“I think a lot of the glut has been cleared,” said Falih. Asked if he was happy with the current market, he replied, “Yes, I am.”

Brent crude was trading above $70 a barrel on Wednesday, though easing away from the 2014 highs it matched in the previous session, as escalating Middle East tensions were offset by increasing inventories and production in the United States.

OPEC and its partners meet to decide oil policy in June and next week a ministerial panel gathers to review the market. The remarks from Falih suggest big changes in the supply cut agreement look unlikely for now.

Asked if India, a major consumer, would be happy with oil at $80 a barrel, Falih said no specific price was aimed for, and he was concerned about declining output in some producing countries and a lack of investment in new supplies.

“There is no such thing as a target price by Saudi Arabia,” he said. “We’re seeing many regions declining. The only way to offset this is for the financial markets to start financing and funding upstream projects.”

“I don’t know what is the price that will provide that equilibrium. All we know is in 2018 we’re still not seeing that.”