Business   In Other News  11 May 2020  Official sacked for poor management after new Covid19 cases reported in China's Wuhan
World, Asia

All the cases were reported in the Sanmin residential community, which is under the jurisdiction of Changqing Street 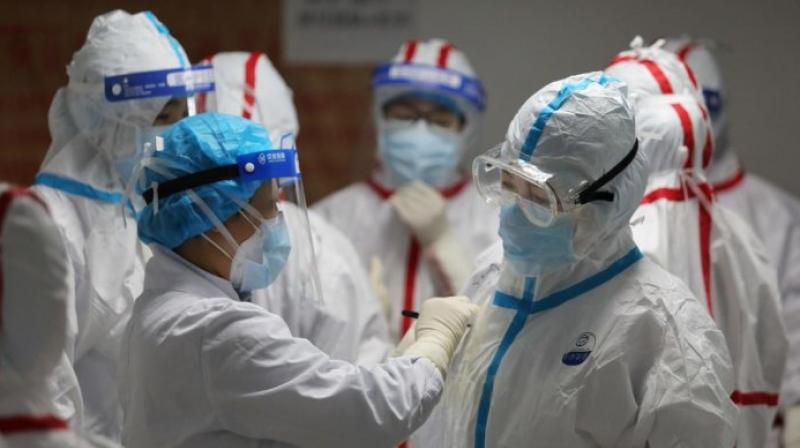 Beijing: A local official was sacked for poor management in the central Chinese city of Wuhan after six new infections were reported in the COVID-19 epicentre which remained virus free for over 30 days, the state-run media reported on Monday.

Zhang Yuxin, who was the secretary and member of the Changqing Street working committee of the ruling Communist Party of China, was removed from the post after the cases emerged in the Sanmin residential community in Wuhan, capital of Hubei province, the Xinhua news agency reported.

All the cases were reported in the Sanmin residential community, which is under the jurisdiction of Changqing Street.

Zhang was sacked for his poor management of the closing-off and control of the residential community, which had previously reported 20 COVID-19 cases, it said.

Five cases were reported on Sunday, while one on Saturday in Wuhan which remained free from infections for 35 days.

Hubei province, which has a population of over 56 million, was kept under lockdown from January 23 to contain the virus. It was lifted on March 24.

Wuhan, a city of 11 million people, lifted the lockdown on April 8.

Meanwhile, China has downgraded the COVID-19 risk levels in all regions signalling its containment as the country has almost returned to normalcy with business and factories resuming their operations following government directives with warnings not to be complacent.

Gyms and other entertainment centres are also being gradually opened up.

According to China's National Health Commission, 17 new confirmed coronavirus cases, including seven imported ones, were reported on Sunday, taking the total number of cases in the country to 82,918.