Business   In Other News  11 Jun 2020  Fuel demand jumps nearly 50% in May as lockdown restrictions ease
Business, In Other News

Fuel demand jumps nearly 50% in May as lockdown restrictions ease

Petrol and diesel sales in May, however, increased by 81.8% and 69.1% respectively from April 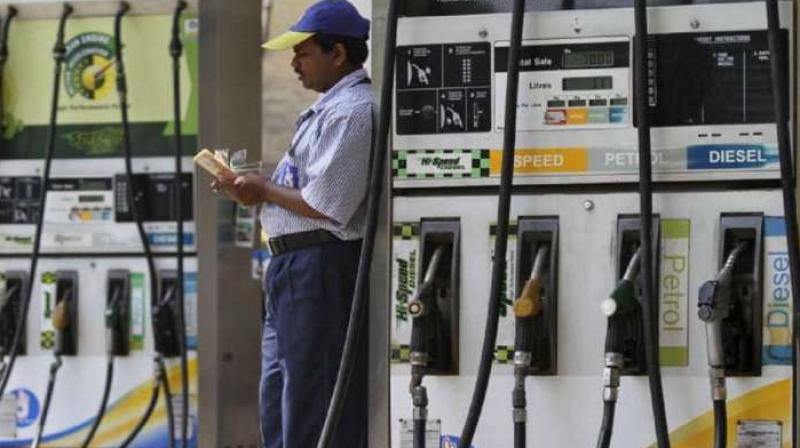 India’s fuel demand rose by nearly 50% in May from the previous month as the country eased coronavirus-led restrictions. (PTI Photo)

India’s fuel demand rose by nearly 50% in May from the previous month as the country eased coronavirus-led restrictions, Oil Ministry data showed on Wednesday, signalling a slow revival of economic activity.

Fuel consumption, a proxy for oil demand in Asia’s third biggest economy, totalled 14.65 million tonnes in May, 47.4% higher than in April but still 23.3% lower than a year earlier, the data from the Petroleum Planning and Analysis Cell (PPAC) of the ministry showed.

Local sales of refined products in the world’s third biggest oil importer and consumer had fallen to their lowest since 2007 in April as the nation imposed a complete lockdown to prevent the spread of coronavirus.

Due to the improving demand, Indian refiners are already scaling up crude processing, like their Asian peers. Indian Oil Corp, the country’s top refiner, aims to operate its plants at about 90% capacity in June.

However industry analysts expect it to take months for consumption to reach pre-lockdown levels as the monsoon season approaches, manufacturing activities remain low and transportation demand takes a hit in some parts of the country.

Consumption of diesel, which accounts for about two-fifths of India’s overall fuel usage and is widely used in transportation and irrigation, was down about 29.4% year-on-year at 5.50 million tonnes.

Petrol and diesel sales in May, however, increased by 81.8% and 69.1% respectively from April, the data shows.

LPG sales in India are rising as the government provides free cooking gas cylinders to the poor.