Profit margins of all pulses except gram declined an average 30 per cent in agriculture year 2016-17. 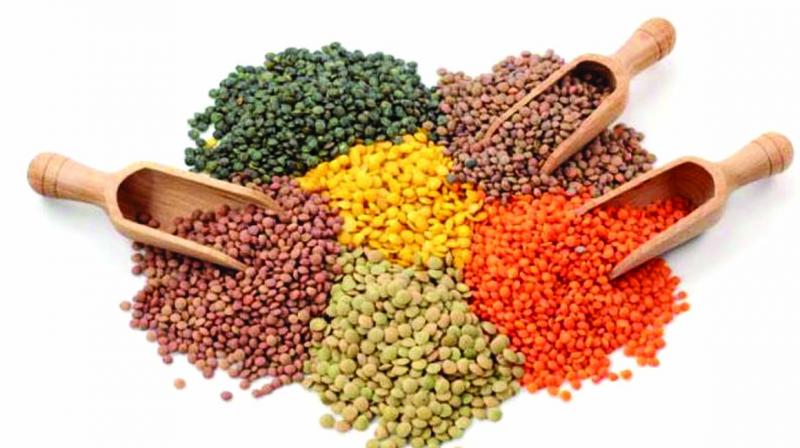 Of the five main categories, gram, tur and urad have the highest weight in WPI for pulses.

"We've observed that inflation in pulses follows a cyclical pattern, with prices shooting up every two-three years. Between fiscal 2006 and so far this current fiscal, there have been as many as four such cycles.

"The trend rate of inflation has averaged 12.2 per cent, with the peaks 40 per cent above the zero level and the troughs 25 per cent below it," said the report by Crisil.

Of the five main categories, gram, tur and urad have the highest weight in WPI for pulses. Hence, price movements in these pulses can cause significant movement in the index. Moong and masur are important from a consumption demand perspective, the rating agency said.

"The latest cycle, which began in fiscal 2013, has not only witnessed the steepest peak (49 per cent in November 2015) and fall (-32.6 per cent in July 2017), or a swing of 8,100 basis points, but also broad-based price fluctuations (across pulses) compared with the previous cycles, when inflation was driven by one type," said Crisil chief economist Dharmakirti Joshi.

Profit margins of all pulses except gram declined an average 30 per cent in agriculture year 2016-17 due to high production and restrictions on exports and private stock-holding.

So much so, during this cycle, prices of most pulses have fallen the most in the past six years. The fall in domestic consumption demand caused by note ban may have further contributed to skidding prices.

Despite an increase in minimum support price (MSP), and government procurement, wholesale prices of all pulses except gram declined sharply, while input costs continued to grow.

But prices of gram (chickpeas), which has a high share of 40-45 per cent in overall pulses production and over 60 per cent in exports, bucked the trend, and shot up in the last six years, while price rise in most others slowed.

Unlike other pulses, there is no restriction on exports of gram, so profitability remained higher for gram farmers as the international market was ready to absorb the excess domestic supply, Crisil said.

"The pronounced cyclical patterns in pulses hurt both producers and consumers. It is time the government initiated steps to smoothen prices through a mix of effective MSP dispensation, open trade policy and well-functioning markets. Simultaneously, the crop needs to be de-risked by increasing irrigation buffer," the report said.

Crisil believes the government can tame the volatility in pulses to a fair extent. An alternative price smoothening mechanism can include steps such as effective MSP, open trade policy, effectively irrigation facility, improve infrastructure and promote futures market for pulses.

The government needs to raise procurement under the MSP scheme for pulses and focus on improving awareness among farmers for availing of it.

The trade also needs flexibility in export policy, in terms of permitting exports of the restricted pulses in times of excess production, can provide adequate cushion against supply shocks.

Since 82 per cent of the area sown under pulses is unirrigated, the government needs to invest more in expanding water-conservation techniques like drip and ferti-irrigation to reduce rain dependence and develop roads, storage and transportation facilities.

Since forwards contracts help reduce uncertainty of prices, the government must promote futures and work towards increasing farmers' awareness, the report added.