Business   In Other News  11 Oct 2018  Govt will not ask oil companies to further subsidise fuel prices: official
Business, In Other News

While OMCs will continue to enjoy marketing freedom, upstream oil producers like ONGC would not be asked to share fuel subsidy burden. 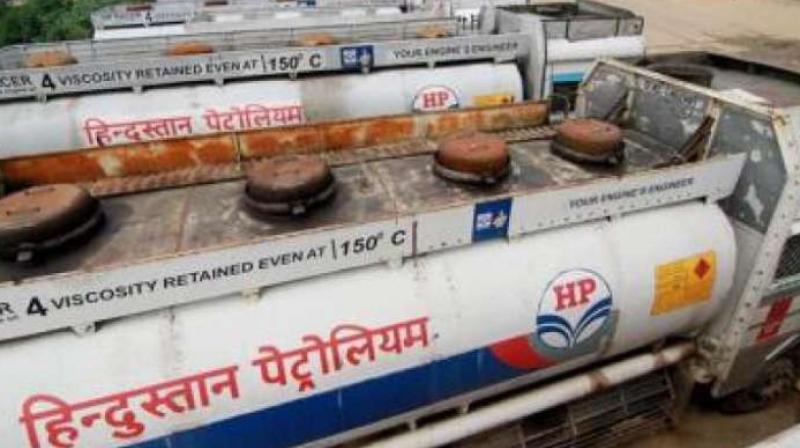 Allaying concerns about the return of fuel subsidy regime, a top Finance Ministry official on Thursday said the government asking oil PSUs to subsidise petrol and diesel prices by Re 1 per litre was a "one-time thing" and it does not intend to ask them to do it again.

New Delhi: Allaying concerns about the return of fuel subsidy regime, a top Finance Ministry official on Thursday said the government asking oil PSUs to subsidise petrol and diesel prices by Re 1 per litre was a "one-time thing" and it does not intend to ask them to do it again.

While oil marketing companies will continue to enjoy marketing freedom, upstream oil producers like ONGC would not be asked to share fuel subsidy burden, he said. Just last week, the government had cut excise duty on petrol and diesel by Rs 1.50 per litre and asked state-owned oil marketing companies (OMCs) to subsidise the two fuels by another Re 1 a litre.

But most of the Rs 2.50 per litre reduction in rates effected from October 5 has been lost in increases in selling prices on subsequent days, giving rise to the suspicion that the government may again ask OMCs to subsidise fuel. "The Re 1 absorption by OMCs in their pricing was a one-time thing," the official said.

The government, he said, has no intention of asking them to do that again. Following the comments, shares of OMCs surged by as much as 19 per cent intra-day, defying the broader market trends. Shares of HPCL surged 19 per cent to hit a high of Rs 215.40, BPCL jumped 7 per cent to Rs 284.80 and IOC gained nearly 8 per cent to Rs 134 in intra-day trade.

The benchmark BSE Sensex fell 759.74 points to close at 34,001. The cut in excise duty and OMCs absorbing some prices had led to a drop in the price of petrol from a record high of Rs 84 per litre to Rs 81.50 in Delhi and that of diesel from an all-time high of Rs 75.45 to Rs 72.95 a litre on October 5. But rate hikes on subsequent days have pushed prices up.

Petrol has risen by 86 paise per litre since then and diesel by Rs 1.67, negating the entire excise duty reduction in less than a week. Petrol price in Delhi Thursday stood at Rs 82.36 per cent while diesel was priced at Rs 74.62. The official said the government is also not looking at bringing back the subsidy sharing mechanism where upstream firms like ONGC subsidised cooking fuels LPG and kerosene by giving discounts on crude oil they sold to refiners.

Oil and Natural Gas Corp (ONGC) shares surged to Rs 159.60 during intra-day trade on the BSE before ending at Rs 152.90, up 2.86 per cent. Oil producers ONGC and Oil India Ltd had till June 2015 made good as much as 40 per cent of the under-recoveries or subsidy arising out of selling fuel at below market price. It was speculated that the same subsidy sharing in some form may be brought back.

According to Moody's Investors Service, share prices of state-owned oil companies have declined around 20 per cent on average since the government on October 4 announced a reduction in the country's fuel prices. The aggregate market capitalisation of the six largest listed government owned/linked oil companies had fallen by Rs 1.2 lakh crore since then, it said.

"The share price decline is credit negative for the oil companies because of the high level of cross-shareholdings in one another. The market values of their respective investments have declined, reducing their financial flexibility," it said in a report Thursday. Shares of HPCL closed up 14.70 per cent at Rs 207.15. BPCL was up 5.11 per cent at Rs 278.65 and IOC ended 5.39 per cent higher at Rs 131 on the BSE.