Business   In Other News  12 Sep 2018  Delhi HC declines to interfere with fuel price issue, says its economic policy decision
Business, In Other News

A bench of Chief Justice Rajendra Menon and V K Rao made it clear it was not inclined to interfere with govt's decision. 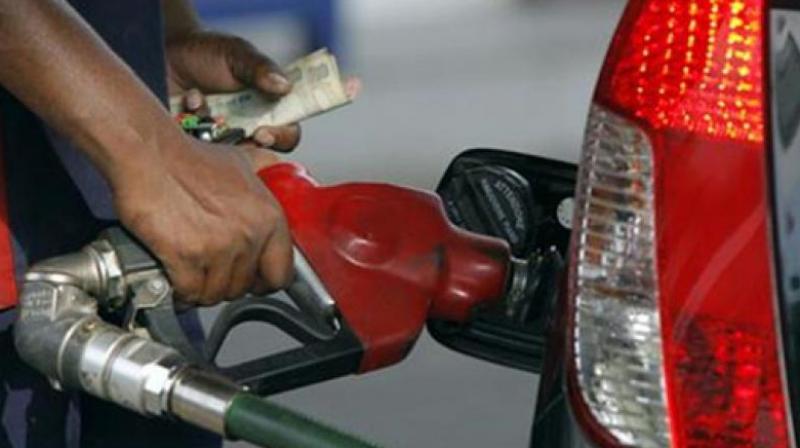 The court, thereafter, directed the central government to decide the representation within four weeks and listed the matter for hearing on November 16. (Photo: PTI)

New Delhi: Daily change in fuel prices was a "economic policy decision" of the central government and the courts must remain away from it, the Delhi High Court said Wednesday.

A bench of Chief Justice Rajendra Menon and Justice V K Rao made it clear it was not inclined to interfere with the government's decision, saying "there are larger economic issues" involved.

"It is an economic policy matter of the government. There are larger economic issues. The courts must remain away from it. Government may do it (fix a fair price). We cannot issue a mandamus (direction) to them to do it," the court said.

The bench was hearing a PIL by Delhi-based designer, Puja Mahajan, challenging the daily rise in fuel rates and seeking a direction to the Centre to fix a fair price for petrol and diesel by treating them as essential commodities.

The petition, filed through advocate A Maitri, also claimed that Mahajan''s representation to the central government on the issue has not yet been decided.

The court, thereafter, directed the central government to decide the representation within four weeks and listed the matter for hearing on November 16. The petition has alleged that the government had "indirectly given implied consent" to oil marketing companies (OMCs) to hike petrol and diesel prices at their own "whims and fancies".

It has claimed that the implied consent was evident from the lack of revision in fuel prices for around 22 days in the run-up to the Karnataka Assembly polls.

The petition has also alleged that the government was spreading "misleading information" by connecting the rising fuel prices here with the global increase in the rate of crude oil as the cost of petrol and diesel did not go down when crude was cheaper.

The petitioner has also said that in July, she had moved a similar plea, which the court had disposed of by asking the Centre to treat it as a representation and take a decision.

However, since the government had not taken a decision till date on her representation, she filed the present petition, the plea has said.