Business   In Other News  12 Sep 2019  Centre asks Delhi govt to sell onion via ration shops
Business, In Other News

Onion prices are under pressure due to likely fall in kharif (summer) production owing to 10 per cent decline. 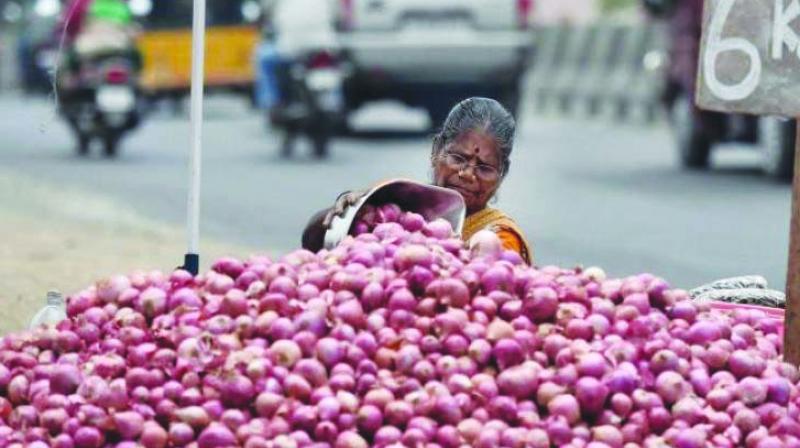 New Delhi: With onion prices still ruling high in the national capital, the Centre has asked the Delhi government to take the key kitchen staple from its buffer stock and sell at a maximum retail price of Rs 23.90 per kg through its civil supplies department and ration shops.

While the central government data showed onion prices ruling at around Rs 39-40 per kg in the national capital, retailers in some parts of the city are selling as high as Rs 50 per kg depending on the quality and locality.

"We have requested the Delhi government to further boost supply by selling the central buffer stock of onion through its civil supplies department and ration shops," a senior Consumer Affairs Ministry official told PTI.

The centre has created a buffer stock of 56,000 tonnes of onion this year, of which 10,000-12,000 tonnes has been offloaded by NAFED, NCCF and Mother Dairy so far. Delhi is a price sensitive market, besides a rise in prices of this key kitchen stable has led to the ouster of several governments in indian elections in the past.

Onion prices are under pressure due to likely fall in kharif (summer) production owing to 10 per cent decline in sowing area in key growing states especially Maharasthra.