Jet fuel cracks have shed about 9 pc in the last 1 week, and are currently about 7 pc weaker than this time last year. 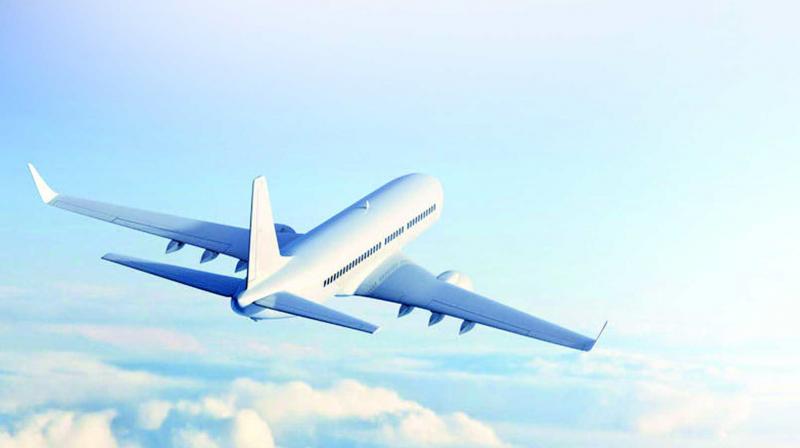 Airlines in the Asia/Pacific region posted a demand increase of 7.1 per cent in January, compared to the same month last year.

Singapore: Asian refining margins for jet fuel dropped for a second straight session on Wednesday to their lowest levels in more than eight months, as crude prices firmed and demand for the distillate fuel remained weak.

Refining margins for jet fuel, which also determine the profitability of closely-related heating kerosene, plunged to USD 13.19 a barrel over Dubai crude during Asian trading hours, their lowest since June last year. They were at USD 13.45 a barrel on Tuesday.

The price for crude oil, a refinery’s most important and costly feedstock, on Wednesday, pushed up by ongoing supply cuts from producer cartel OPEC and US sanctions against Iran and Venezuela.

Jet fuel cracks have shed about 9 per cent in the last one week, and are currently about 7 per cent weaker than this time last year, Refinitiv Eikon data showed.

Despite strong demand growth from the Asian aviation sector, the margins lacked the usual boost from seasonal heating demand this year due to a warmer winter, market watchers said.

Airlines in the Asia/Pacific region posted a demand increase of 7.1 per cent in January, compared to the same month last year, while domestic passenger demand grew about 12 per cent in India and 14 per cent in China, the International Air Transport Association (IATA) said in a March report.

“Jet fuel demand per se is weak. Given the strong passenger statistics it may be more apt to say ‘kerosene’ demand is weak, leading to the stock surplus,” said Sukrit Vijayakar, director of energy consultancy Trifecta.

“Jet has two uses — the first as aviation turbine fuel and the second for heating purposes. The second use does not seem to be holding its end of the bargain... I have often seen traders play the regrade suppressing jet prices further,” Vijayakar added.

The regrade, the price spread between jet and gasoil, for April stood at a discount of 38 cents a barrel on Wednesday.

Meanwhile, cash differentials for jet fuel cargoes in Singapore were at a discount of 25 cents a barrel to Singapore quotes on Tuesday amid lacklustre buying interests in the physical market.

Seasonal refinery turnarounds in the region, however, is expected to keep a lid on supplies in the near term and upcoming summer travelling demand would likely offer some support to the aviation fuel in the next couple of months, trade sources said.