Home ownership among women on the rise

A study by Housing.com and Makaan.com found that the share of women searching for property to buy is on the rise. 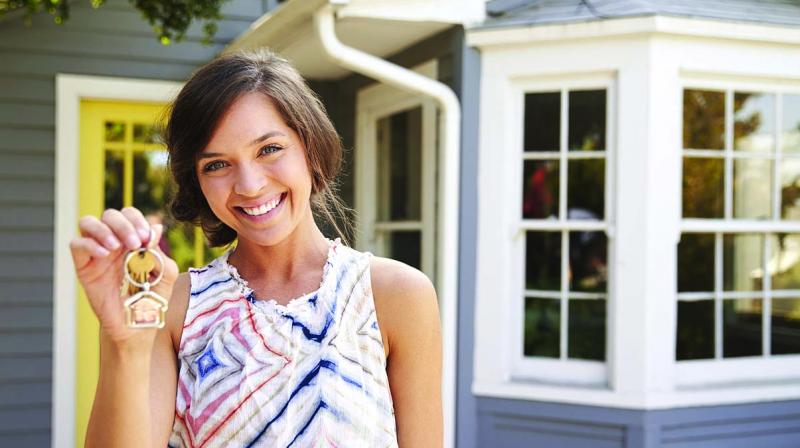 Chennai: The number of women registering homes in their names and taking home loans has gone up in the past two years due to lower stamp duty charges, better interest rates and tax deductions. In affordable housing schemes run by the government, it is mandatory that women be co-owners or sole owners.

A few states, including Jharkhand, Delhi, Haryana, Uttar Pradesh, Rajastan and Punjab, have a lower stamp duty if property registration is executed in the name of a woman. The difference is one to two per cent and some states have a rural and urban variation in rates as well.

While most of these states have witnessed a growth in the number of women property owners, Jharkhand, which had fully waived the 7 per cent stamp duty for women, has seen a significant jump in the numbers. As per reports, the number went up to 1.05 lakh units registered in the name of women in a quarter after the government introduced the waiver in June 2017. In the previous fiscal, the total number was 40,000 properties.

A study by Housing.com and Makaan.com found that the share of women searching for property to buy is on the rise. The share of sessions initiated by women on the two sites jumped to 46 per cent in 2018 from 40 per cent in 2016.

“We have seen a 50 per cent increase in the number of women taking home loans between 2015 and 2018. Some of the states have lower stamp duties for women home buyers and some of the banks are offering better home loan rates as women are found to be having a better credit score,’ said Sujata Ahlawat, VP and Head-Direct to Consumer Interactive, TransUnion CIBIL.

Many banks and financial institutions, including SBI, ICICI Bank and HDFC, offer discounted home loan rates to women. There is a rate variation of nearly one per cent. Further, both men and women can claim tax deductions individually if they are joint owners of a property and if she has a separate source of income.

Another major push came when it was mandated that low-income women should be co-owner or sole owner of affordable homes that are part of government schemes.