Besides Saturdays, many other holidays have also been suspended in order to complete the mammoth task. 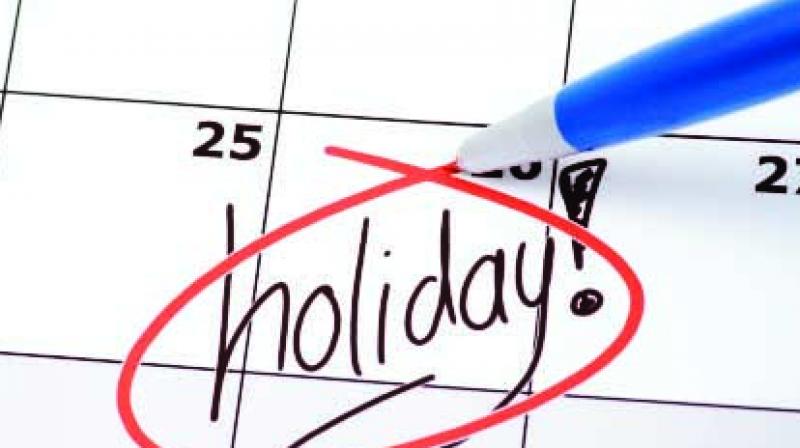 The Reserve Bank of India governor said employees are working “round the clock” except on Sundays to count the currency notes which returned to the central bank.

New Delhi: Reserve Bank of India (RBI) governor Urjit Patel’s second appearance before a high profile Parliamentary panel on Wednesday again ended tamely as the committee could not elicit any clear response from the central bank chief on the quant-um of old currency deposited with the government till December 30, 2016.

Sources privy to developments said that after a three-hour long tiring interaction, a hapless Congress MP Digvijay Singh wondered whether the Centre will be able to give the details before the 2019 Lok Sabha polls!

Mr Patel, sources said, was repeated grilled by the members of the Parliamentary Standing Committee on Finance on the exact quantum of old currency deposited with the exchequer till December 30, 2016, which was the last date for submitting the redundant currency after the demonetisation exercise was announced by Prime Minister Narendra Modi on the evening of November 8, 2016.

He, however, is learnt to have told the members that the counting of old currency is still underway and therefore no clear picture has emerged regarding the quantum of currency recovered till the aforementioned date.

As several Opposition members in the committee — which is led by Congress MP Veerappa Moily — expressed their dissatisfaction over the RBI governor’s rigid stand, and exasperated Mr Singh, is understood to have wondered towards the end of the meeting whether the Centre will be able to provide the information before the 2019 Lok Sabha elections.

A section within the panel is also of the view that Mr Moily has not been assertive towards Mr Patel, who for the second time running, escaped with non-committal replies to crucial queries on demonetisation.

While this was the RBI Governor’s second appearance before the Standing Committee on Finance, he has appeared just once before the Public Accounts Committee (PAC) of Parliament. Mr Moily later said that the Committee will present its report on demonetisation in the Monsoon Session.