Business   In Other News  13 Jul 2020  Technology sector set for 3 per cent revenue dip in FY21: Rating agency Icra
Business, In Other News

“The sector is expected to grow at -3 per cent - nil in FY21 versus earlier expectation of 6-8 per cent,” the agency said in a report. 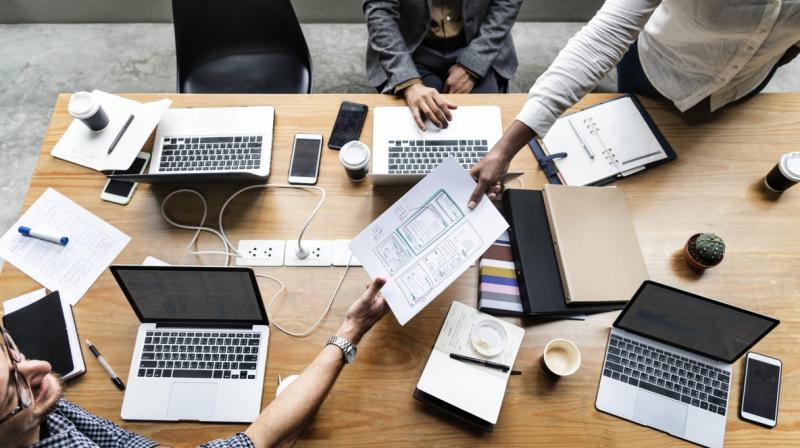 Award of new contracts could fall by at least 7-9 per cent in 2021, with manufacturing, travel, airlines, hospitality and retail to be the most adversely hit, Icra said.

Mumbai: The Indian IT services sector may see an up to 3 per cent contraction in its revenues in the current fiscal amid multiple challenges on the demand side, a report said on Monday. In its report, domestic rating agency Icra also said that the profit margins for the sector will go down as the growth slows down.

“The (IT services) sector is expected to grow at -3 per cent - Nil in FY21 versus earlier expectation of 6-8 per cent,” the agency said in a report.

TCS is the only company which has announced results for the first quarter, and the sector leader reported a decline both in revenues and profits for the April-June period and hinted at a recovery to go back to the pre-COVID levels only in late FY21.

“The challenges on the demand front continue to persist. The US and the Eurozone which generates more than 80 per cent of IT Services export revenues will see their GDP contract by 8.0 per cent and 10.2 per cent as per IMF, respectively in 2020,” Icra Vice President Gaurav Jain said.

The agency said it expects the pace of new contract award to fall by at least 7-9 per cent in 2021, with manufacturing, travel, airlines, hospitality and retail to be the most adversely hit.

The first half of FY21 will also see impact in the form of price discounts and extended furlough requests by clients as they restructure their businesses, Jain said.

The only silver lining is the benefit IT companies stand to get through trends of core modernisation, usage of collaborative technologies and cloud migration as companies shift to digital business models to pursue work from home model, he said.

The agency said the IT companies have achieved over 90 per cent levels on the work from home front, acknowledging that the transition to work from home for the banking, financial services and insurance segment was impacted because of confidentiality issues.

There would be some issues which may come up due to the travel restrictions which are being imposed, it said.

Explaining that usually, movement of labour to client-end is essential in the initial days of the travel, it said new projects to be commissioned will be delayed by minimum of 3-6 months while projects in pipeline will also face delays.

Profit margins for IT services companies, which have already been hit due to continued pressure on commoditised IT services, wage inflation, higher onsite costs necessitated by visa curbs and lower discretionary spends, will recover in FY22, it said.

Large-size companies with diversified presence across sectors are likely to manage the headwinds better compared to mid-size companies which have moderately high proportion of revenues coming from few sectors coupled with vendor consolidation exercise during COVID-19 benefiting such large size players, it said.

Tags: it sector, it services, revenue