Her brands, Forbes added, “sell in more than 70 stores, as well as on e-commerce platforms. 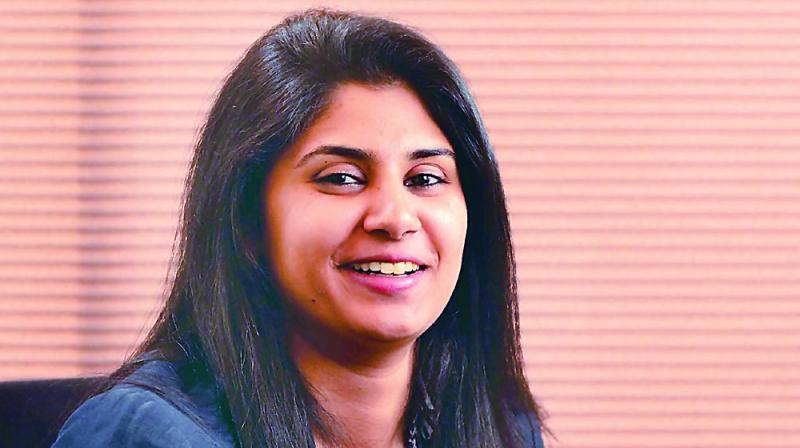 Hyderabad: Anjana Reddy, the founder of celebrity fashion lines company Universal Sportsbiz Pvt Ltd (USPL), has been adjudged to be one of the top 30 e-commerce and retail entrepreneurs aged less than 30 years in Asia by Forbes magazine.

Explaining the selection of Ms Reddy for the 30 under 30 list in the e-commerce and retail space, Forbes magazine said: “Ms Reddy is the founder of Indian fashion company Universal Sportsbiz, which boasts a clutch of celebrity-endorsed brands specializing in trendy clothing and accessories, including Collectabillia, Wrogn and Imara.”

Her brands, Forbes added, “sell in more than 70 stores, as well as on e-commerce platforms. Wrogn is co-owned by Indian cricket star Virat Kohli, while cricket legend Sachin Tendulkar is one of the co-investors in Collectabillia.”

Speaking about the potentional of her brands, Ms Reddy said, “Each of our brands has the potential to emerge as multi-million dollar globally recognised fashion with their distinct set of loyal customers. We are in a unique position to capitalise this potential that arises from a confluence of sports, celebrity and fashion culture in India.”

Ms Reddy is one of the six Indians (including one NRI from Australia), who got place in the Forbes 30 under 30 list. The others being Chanakya Hriyaya and Rajesh Yabaji of BlackBuck, Aniket Deb of Bizongo, Shreya Mishra and Pranay Surana of Flyrobe, Shikha Ahluw-alia and Tushar Ahluw-alia from StalkBuyLove, and Uppma Virdi (an NRI) of Chai Walli.

China matched India with six entrepreneurs, followed by three each from Korea, Malaysia, and Singapore, two from Thailand and Australia (excluding an NRI), one each from Japan, Hong Kong, Nepal, Indonesia, and Pakistan.