Business   In Other News  14 Apr 2020  Suspension of domestic, international passenger flights extended
Business, In Other News 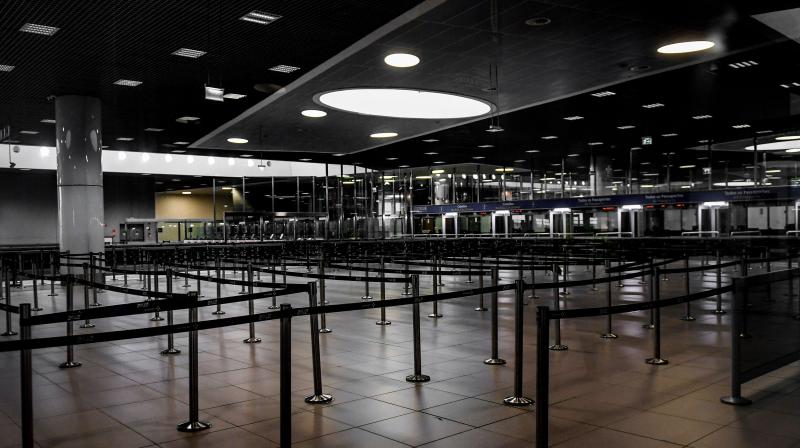 An empty passport control area is pictured at one of the airport terminals. AFP photo

New Delhi: The Civil Aviation Ministry on Tuesday said all international and domestic commercial passenger flights will remain suspended till midnight of May 3.

The decision comes after Prime Minister Narendra Modi on Tuesday announced that the lockdown across the country will be extended till May 3 to fight the coronavirus pandemic.

Domestic and international commercial passenger flights were earlier suspended from March 25 to April 14.

"All domestic and international scheduled airlines operations shall remain suspended till 11.59 pm of 3rd May 2020," the ministry tweeted.

After the ministry's tweet, Civil Aviation Minister Hardeep Singh Puri said there were good reasons for the lockdown to be extended till May 3.

"We can consider lifting restrictions on both domestic and international flights thereafter. I understand the problems being faced by people who need to travel and request them to bear with us," the minister tweeted.

The civil aviation sector has been hit hard by the COVID-19 pandemic. Earlier this month, Air Deccan became the latest casualty of the crisis as it announced indefinite suspension of flight operations and asked all employees to go on sabbatical without pay.

SpiceJet has stated that its employees' salaries would be reduced between 10 to 30 per cent and Air India has announced a 10 per cent cut in allowances for every employee, except cabin crew, for the coming three months.

GoAir has cut salaries of its employees, laid off its expat pilots and introduced leave without pay for employees on a rotational basis.