Business   In Other News  14 Aug 2020  Retail inflation inches up to nearly 7% in July on higher food prices
Business, In Other News

Food prices soared due to supply-side disruptions caused by the coronavirus lockdown and rose 9.62% compared to a jump of 8.72% in June 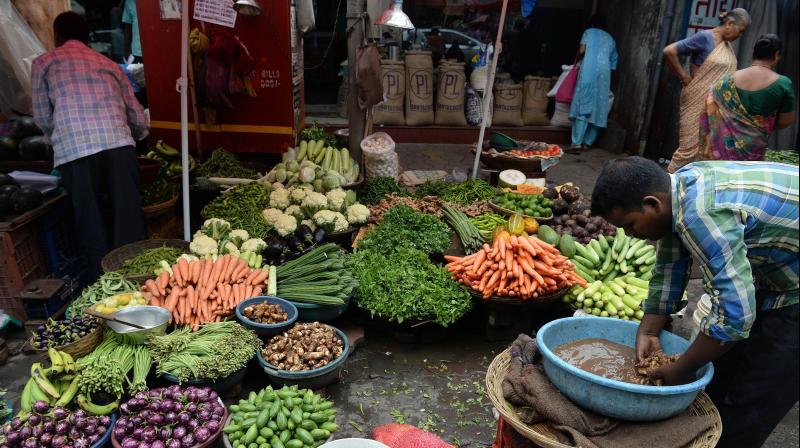 NEW DELHI: India’s retail inflation rose to 6.93% in July on higher food prices, remaining above the RBI’s medium-term target for a 10th straight month, according to government data released on Thursday.

July’s figure was higher than the 6.15% forecast in a Reuters poll of analysts and 6.23% recorded in June.

Food prices soared due to supply-side disruptions caused by the coronavirus lockdown. They rose 9.62% compared to a jump of 8.72% in June.

The steady rise in coronavirus cases has disrupted the supply chain as lockdowns continue at regional levels.

Fearing a sharp rise in inflation the Reserve Bank of India last week kept interest rates on hold, after reducing the repo rate by a total of 115 basis points since February. RBI has set its medium term inflation target at 4%.

India’s economy is expected to contract more than 4.5% in the current fiscal year, but some analysts do not expect the central bank to cut rates further this year.

“Given the distortions in supply chains and transportation, I don’t expect a rate cut in the remaining part of 2020,” said Rupa Rege Nitsure, economist at L&T Financial Holdings.

Core inflation for July ranged between 5.8% and 5.9%, according to two analysts.

Monsoon rains are expected to be 104% of a long-term average in August and September, indicating bumper harvests and helping to alleviate some of the economic damage caused by the pandemic.