Business   In Other News  15 Jan 2019  E-way bill to be integrated with NHAI's FASTag to track GST evasion from April
Business, In Other News 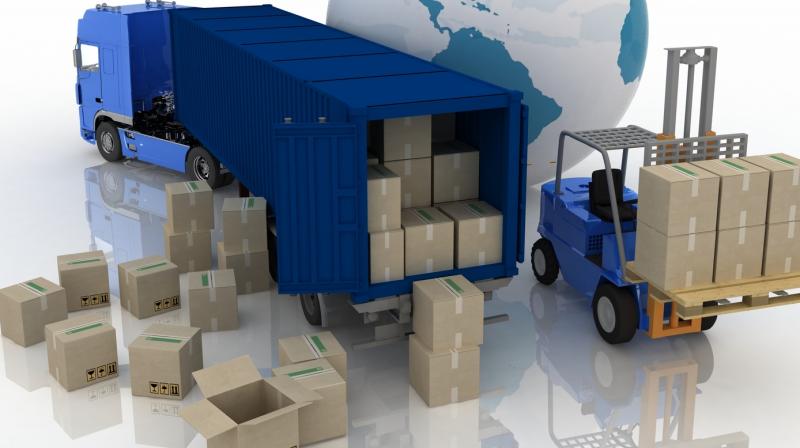 Integration of e-way bill with FASTag would help find the location of the vehicle and when and how many times it has crossed NHAI's toll plazas.

New Delhi: The GST e-way bill system is likely to be integrated with NHAI's FASTag mechanism from April to help track movement of goods and check GST evasion.

The revenue department has set up an officers committee to integrate e-way bill, FASTag and DMIC's Logistics Data Bank (LDB) services, after consultation with transporters.

"It has come to our notice that some transporters are doing multiple trips by generating a single e-way bill. Integration of e-way bill with FASTag would help find the location of the vehicle and when and how many times it has crossed NHAI's toll plazas," the official said.

The integrated system on an all-India basis is planned to be rolled out from April, the official told PTI. Karnataka is implementing an integrated system on a pilot basis, and integration at national level would be highly beneficial in terms of tracking of goods and ensuring that e-way bill has been generated for the correct duration of travel.

"The officers committee would explain the benefits to all stakeholders," an official said, adding the move would also improve operational efficiencies across the country's logistics landscape. Currently, lack of harmonisation under the 'track and trace' mechanism in terms of sharing information among different agencies is affecting the ease of doing business in the country. Besides, it is leading to misuse of e-way bill.

"This would also help in preventing goods and services tax (GST) evasion by unscrupulous traders who take advantage of the loopholes in the supply chain," the official said. Central tax officers have detected 3,626 cases of GST evasion/violations involving Rs 15,278.18 crore during April-December period.

Touted as an anti-evasion measure, e-way bill system was rolled out on April 1, 2018, for moving goods worth over Rs 50,000 from one state to another.

The same for intra or within the state movement was rolled out in a phased manner from April 15. Transporters of goods worth over Rs 50,000 would be required to present e-way bill during transit to a GST inspector, if asked.

"The integration of the e-way bill system with FASTag and LDB is expected to help boost tax collections by clamping down on trade that currently happens on cash basis," the official said.

The National Highways Authority of India (NHAI) has put in place the FASTag system for collection of toll electronically on national highways. FASTag also offers non-stop movement of vehicles through toll plazas.

Integration of e-way bill with FASTag will help revenue authorities track the movement of vehicles and ensure that they are travelling to the same destination as the transporter or the trader had specified while generating the e-way bill. It will also help the suppliers locate the goods through the e-way bill system.

Transporters, too, would be able to track their vehicles through SMS alerts that would be generated at each toll plaza. Similarly, Delhi-Mumbai Industrial Corridor's (DMIC's) container tracking services, also called LDB programme, would be integrated with the e-way bill to improve the logistics ecosystem.

With GST system now stabilising, the focus of the Central Board of Indirect Taxes and Customs is now on increasing compliance and checking evasion.

The government has also set up the Directorate General of GST Intelligence (DGGSTI) to investigate cases of tax evasion and conduct search and seizure operations under the GST Act, and erstwhile Excise and Service Tax Act. As against the budgeted monthly revenue target of over Rs 1 lakh crore, GST collections have so far this fiscal averaged Rs 96,800 crore per month.