Business   In Other News  15 Feb 2020  Transmission of rate cuts will improve further: Shaktikanta Das
Business, In Other News

His comments come against the backdrop of concerns over growth of the economy, which has registered a spike in inflation 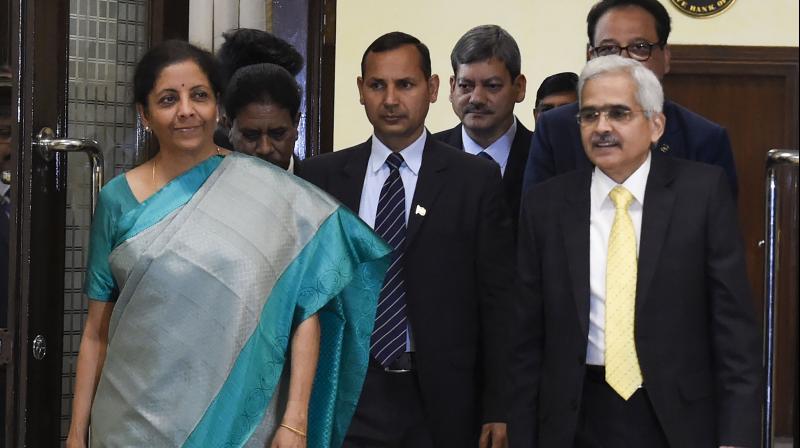 Finance minister Nirmala Sitharaman and RBI Governor Shaktikanta Das arrive for the RBI central board of directors in a customary post-budget meeting, in New Delhi on Saturday. PTI photo

Reserve Bank Governor Shaktikanta Das on Saturday said momentum is gathering pace on credit growth and expressed hope that transmission of rate cuts will improve further in the coming days.

His comments come against the backdrop of concerns over growth of the economy, which has also registered spike in inflation and slowdown in industrial production.

Addressing the media after RBI board meeting, which was also addressed by Finance Minister Nirmala Sitharaman, Das said he does not agree that rate cut transmission is plateauing out.

Transmission of rate cuts is slowly and steadily improving and it is expected to improve further, he said.

“We do expect credit growth to pick up in coming months,” Das said, adding that momentum is gathering pace on this front.

On February 6, the six member-Monetary Policy Committee (MPC) headed by Das, for the second meeting in a row, kept repo rate unchanged at 5.15 per cent but maintained the accommodative policy stance which implies it was biased in favour of cutting rate to boost growth.

Prior to going for status quo on rates in December, the central bank had slashed rates five consecutive times that resulted in a cumulative 1.35 per cent decline in repo rate.
“Economic activity remains subdued and the few indicators that have moved up recently are yet to gain traction in a more broad-based manner. Given the evolving growth-inflation dynamics, the MPC felt it appropriate to maintain status quo,” the MPC had said.