Business   In Other News  15 Mar 2018  Trai hopes to conclude most consultations in 2-3 months
Business, In Other News

Trai hopes to conclude most consultations in 2-3 months

Trai is also in the process of reviewing the regulatory framework for Unsolicited Commercial Communication. 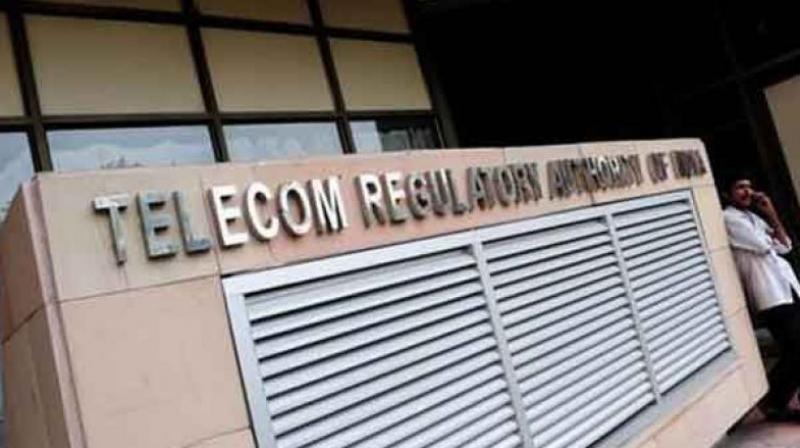 Telecom players have also argued that the stringent data protection rules applicable on them should also apply 'equally and uniformly' on other players like OTT apps.

New Delhi: Telecom regulator Trai, which is deliberating on crucial issues like spectrum pricing and data privacy framework in telecom sector, hopes to finalise its recommendations on most of the consultations in 2-3 months, a top official has said.

He however did not comment on timelines for specific consultations. Sharma further said the regulator's discussion paper on "residual issues" pertaining to over-the-top (OTT) services would be issued in a months' time.

OTT refers to applications and services which are accessible over the internet and ride on operator networks offering internet access services like social networks, search engines and video aggregation sites.

Large telecom operators as well as their association COAI have been propagating 'same service same rules' principle for stakeholders including OTT communications providers, who offer voice telephony or messaging services similar to that of telecom firms.

Telecom players have also argued that the stringent data protection rules applicable on them should also apply 'equally and uniformly' on other players like OTT apps.

While the consultation paper on OTT is in the offing, the regulator's ongoing consultation papers (issues that are under its review but where recommendations are awaited) span areas like privacy, security and ownership of the data in telecom sector.

The papers would also look into promoting local telecom equipment manufacturing, and review of Unsolicited Commercial Communication (UCC) mechanism, among others.

Other issues that are being discussed include fixing service quality norms for voice calls on Long Term Evolution (LTE) networks and measures to make telecom and broadcasting services more accessible for the differently-abled.

The discussion paper on privacy, security and ownership of the data in the sector seeks to define personal data, who should be its owner, responsibilities of entities storing or controlling data of subscribers for delivering services, and aims to give users more control over their digital data.

Also, the regulator has already held extensive dialogue in January on spectrum auctions with telcos, most of whom are opposed to auctions being conducted during the present time of industry's financial stress, accentuated by falling profits and high levies.

Trai is also in the process of reviewing the regulatory framework for Unsolicited Commercial Communication. Its discussion paper on the subject has taken note of consumers still receiving unsolicited communication despite having registered their preference for not getting such calls or messages, and Trai now hopes to makes the UCC mechanism more effective and efficient.