Business   In Other News  15 Aug 2018  Industry welcomes PM's firm resolve to place India among top economies
Business, In Other News

Rakesh Bharti Mittal said the speech reiterated the growing confidence of the world in the Indian growth. 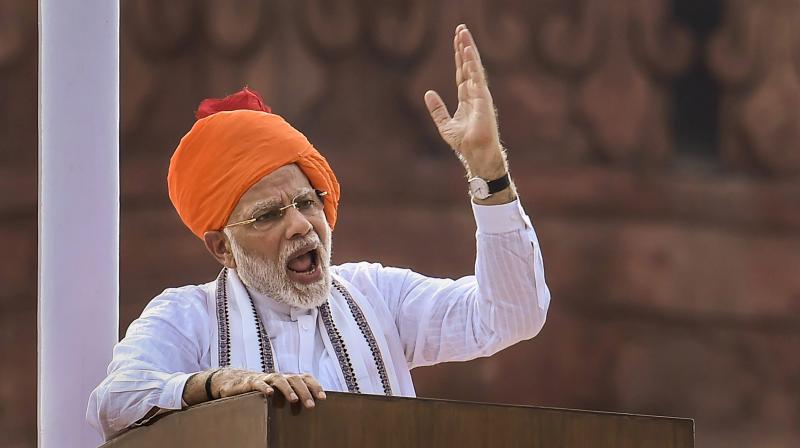 In his Independence Day speech, Modi said structural reforms of four years by his government have transformed the Indian economy from being among world's fragile five to an elephant that has started to run. He placed special emphasis on doubling farmers' income and stated that diversification of agriculture is taking place through new sectors such as fisheries and bee-keeping.

In a statement, President of industry chamber CII Rakesh Bharti Mittal said the speech reiterated the growing confidence of the world in the Indian growth story and emphasised that India would continue to lead in different areas, including the fourth industrial revolution.

Industry body Ficci welcomed "firm resolve" of the prime minister to position India among the top economies of the world. "The reforms initiated in the last few years, including RERA, IBC and GST, have started yielding results, and there is no doubt that the continuance of the reform mode will usher in a high growth phase going ahead. This will certainly strengthen India's position in the global economy, and help in reaching to the top," said Ficci President Rashesh Shah.

Shah added that the Indian economy is already witnessing the signs of economic revival, and the industry is ready to capitalise on it and turn it into 8 per cent plus growth phase in coming years. "Prime Minister's confidence in India leading the fourth industrial revolution, which will be knowledge-based, is an opportunity for Indian industry to show its real potential. Ficci dedicates itself to this exercise," he said.

CII said the announcement of the Pradhan Mantri Jan Aarogya Abhiyaan for health under the Ayushman Bharat scheme from September 25 is a milestone for the nation. "With access to quality healthcare for 500 million people, the country will be able to make huge progress as people will feel secure and confident about their lives. This is really the need of the hour," Mittal said.

Founder and Chairman of Apollo Hospitals Group Prathap C Reddy said the Jan Arogya Abhiyan is a call to arms to the medical fraternity to rise to the occasion and work towards easing the healthcare woes of crores of Indians.

"We welcome the initiative, by which the government takes on the burden, and shares the cost of providing healthcare to those who cannot afford it. It is heartening to see the rapid progress made in a short time since the scheme was announced, and will be welcome relief to millions of poor patients when it is launched next month," he said.