The company which comes under The Oberoi Group also has Rs 84.5 crore dues from the grounded Jet Airways. 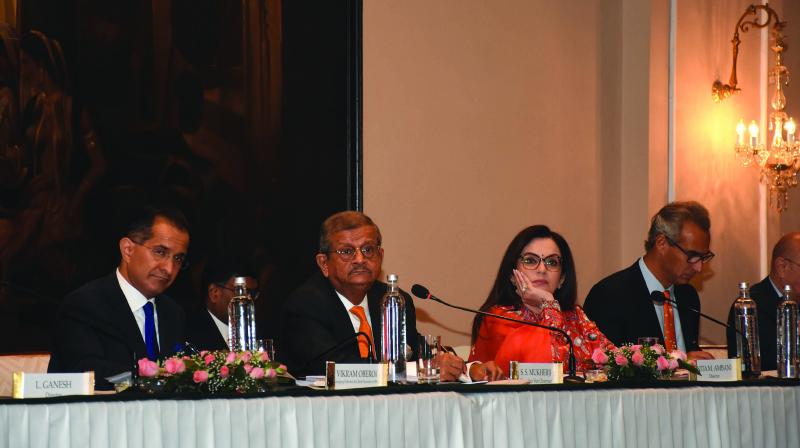 Kolkata: Economic slowdown, coupled with decline in air travel, drop in airline catering business and high GST took its toll on EIH's revenue and profitability. The company which comes under The Oberoi Group also has Rs 84.5 crore dues from the grounded Jet Airways.

Amidst speculations that Reliance, which holds nearly 18.5 per cent stake in EIH, may hike its shareholding in the company, Nita Ambani, Non-Executive Director, Reliance Industries, attended the company's annual general meeting in Kolkata on Wednesday. She however chose to duck all queries after the AGM. Market grapevines had it that RIL may raise its stake in the Oberoi Group of Hotels' flagship entity EIH, by acquiring part or all of ITC's stake. ITC currently holds 16.13 per cent stake in the EIH.

In his AGM speech in absentia, P. R. S. Oberoi, Executive Chairman, said that with the improvement in the situation, the revenue and profitability in the succeeding three quarters will be better. His speech was read out by Vikram Oberoi, Managing Director and Chief Executive Officer.

The first quarter resulted in a loss before tax of Rs 11.25 crore as against a profit of Rs 16.03 crore in the previous year. Loss after tax stood at Rs 7 crore compared to a profit of Rs 10.19 crore.