It is important to differentiate between distortive subsidies and targeted support to the vulnerable households, Nirmala said 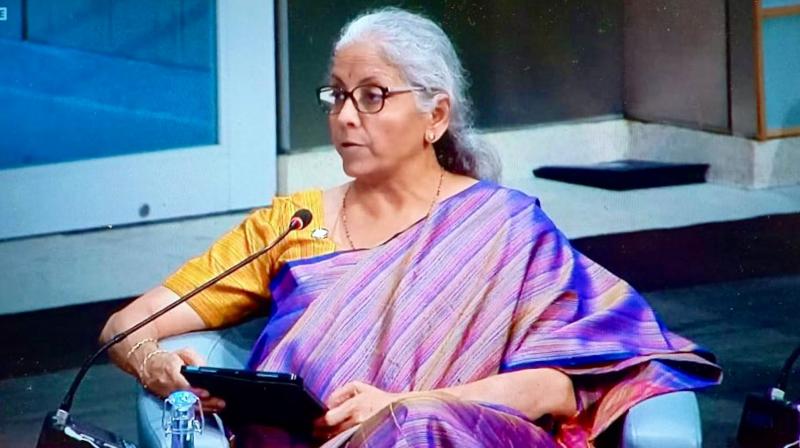 Washington: Finance Minister Nirmala Sitharaman has urged the World Bank to avoid a "unidimensional" view of the subsidies provided by the Indian government and asserted that it is important to differentiate between "distortive subsidies" and "targeted support" to the vulnerable households.

Speaking at an intervention of the World Bank Development Committee's meeting on Friday, Sitharaman said that subsidies have made a definitive contribution in improving India's performance on several key parameters of Sustainable Development Goals (SDG).

We urge the Bank to avoid a unidimensional view of subsidies. It is important to differentiate between distortive subsidies and targeted support to the vulnerable households, Sitharaman said.

As an illustration, she said that by providing free LPG connections under the Pradhan Mantri Ujjwala Yojna over the last six years, the Indian Government has ensured that access to clean cooking methods has achieved near saturation for women in India. This has made a definitive contribution in improving India's performance on several key parameters of SDG, she said.

During her intervention, she told the Development Committee members that while the quest for energy and food security necessitates non exclusion of fossil fuels from our energy mix, India has set up its first pure hydrogen producing plant as well as its first 2G bioethanol refinery this year.

First, promoting behaviour change to increase energy efficiency and to reduce food losses. Programmes like the Lifestyle for the Environment launched by India on the World Environment Day this June, in which World Bank President David Malpass delivered a wonderful keynote address, can mainstream responsible consumption behaviour, she said.

Second is helping all client countries in arranging concessional financing and technology transfer in areas like renewable and green energy. And third is supporting regional integration not only through IDA but also through IBRD, the minister said.

Yet, we must never lose focus on the internationally agreed basic principle of common but differentiated responsibilities. This necessitates avoidance of a one-size fit-all approach, she told the Development Committee.

Mitigation of risks is essential for crowding in private capital. While welcoming the launching of SCALE, we encourage the Bank to increase the share of grants from the current five per cent level and to work below the country level to support projects with huge climate impact beyond the national borders, Sitharaman said.