Business   In Other News  15 Nov 2019  Govt mulls raising insurance cover on bank deposits to above Rs 1 lakh: FM
Business, In Other News

At present, bank depositors get an insurance cover of Rs 1 lakh on their amount by the Deposit Insurance and credit Guarantee Corporation. 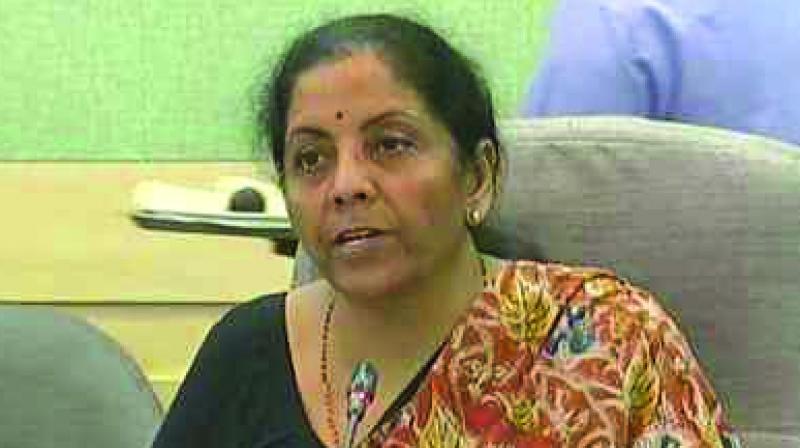 These legislations will be brought during the Winter Session of Parliament starting coming Monday, the minister told reporters here. These legislations assume significance in the wake of scam in the Punjab and Maharashtra Cooperative Bank affecting lakhs of customers who are facing difficulties in withdrawing their entire money due to restrictions imposed by the Reserve Bank of India.

At present, bank depositors get an insurance cover of Rs 1 lakh on their amount by the Deposit Insurance and credit Guarantee Corporation. The finance minister also said the government has no plans to cut spending on welfare schemes and will encourage all the departments of the Union government to spend entire funds provided in the Budget.

When asked about the stress in the telecom sector, Sitharaman said, "We want no company to shut their operations. We want everyone to flourish."

Two major telecom companies -- Vodafone Idia and Airtel -- have posted a combined quarterly loss of about Rs 74,000 crore as they were hit by statutory dues after a recent Supreme Court ruling. The minister further said the Committee of Secretaries (CoS), appointed to deal with financial problems being faced by telecom companies, "has not taken final decision yet".

Days after the Supreme Court ordered telecom companies to pay as much as Rs 1.42 lakh crore in past statutory dues, the government had set up the CoS under the Cabinet Secretary to suggest measures to mitigate financial stress in the sector last month.