Panic among depositors only due to the said provision. 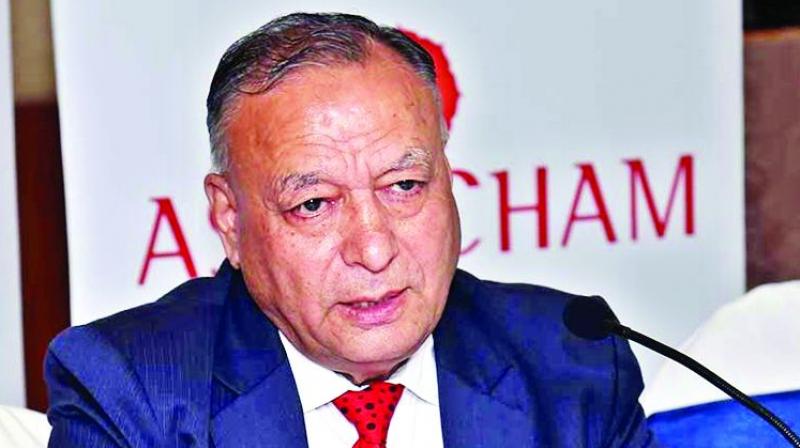 New Delhi: The government should remove the “bail-in” provision in the Financial Resolution and Deposit Insurance (FRDI) Bill as part of its commitment that depositors’ interest in case of a bank failure under would be fully protected, said Assocham on Thursday.

“The Centre’s assurance that the depositors’ interest in case of a bank going down under would be fully protected should be clearly and unambiguously spelt out in the  Financial Resolution and Deposit Insurance (FRDI) bill and a clause that seeks to treat depositors as other creditors and shareholders for bail-in, must be removed,” said  Assocham.

The chamber said that the panic among the bank depositors has risen largely due to “bail-in” provisions in the FRDI Bill, something being tried for the first time in Indian financial markets.

“The intention seems to be that it should not always be the government  which should take a hit for a bail-out of a bank in trouble; and let the shareholders and other stake holders, which include even the depositors be responsible for saving a financial entity,” said Assocham.

It said that the government’s assurance notwithstanding, sub-section 7 of Section 52 of the proposed law clearly says that the “bail-in”, to which depositors have strong objection to, shall not be applicable to deposits to the extent only covered by insurance. Now as of now, the deposits are covered only up to `1 lakh, which is a measly sum for millions of middle class families which have kept their life time savings in bank deposits, said Assocham.

Assocham secretary general D.S. Rawat said in the Indian context, the concept of “bail-in” especially by depositors should be completely done away with and their monies in the banks have to be protected at any cost.

“Otherwise, the trust in the banking system runs the risk of being eroded and the savings by the households would find way into unproductive avenues like real estate, gold, jewellery and even in the unorganised and informal financial markets run by unscrupulous people,” said Mr Rawat.

He said the middle class families and especially those the pensioners, other old aged people have no social security and the bank deposits are the only financial security out of their life time savings. any case, the rising cost of health, which is mostly available in the private sector, is hurting this class. Any move to copy the western model of “bail-in” must be avoided, said Assocham.