Business   In Other News  16 Jan 2018  ‘Indian cuppa needs own brand for domestic, global markets’
Business, In Other News 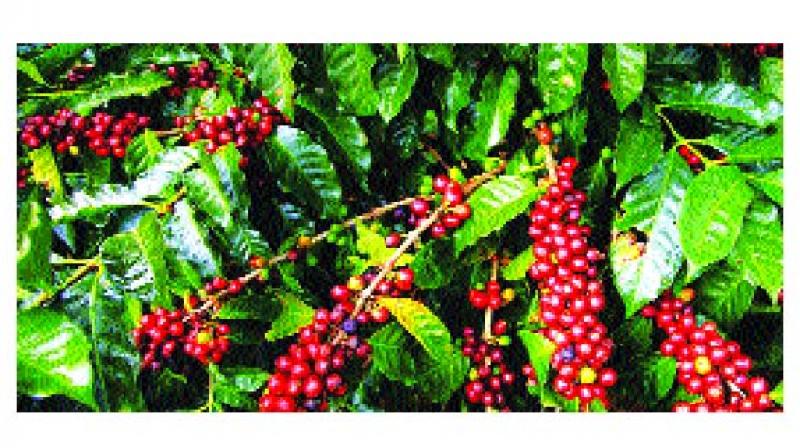 Leading coffee growing countries like Brazil, Colombia, Vietnam and Indonesia has caused an oversupply with the prices of the commodity falling by about 30% in the global markets.

Bengaluru: The Coffee Capital, Banga-lore, will host a four-day international coffee festival, beginning today, amidst global uncertainty over the future of the commodity.  Excess coffee production from leading coffee growing countries like Brazil, Colombia, Vietnam and Indonesia has caused an oversupply with the prices of the commodity falling by about 30% in the global markets.

Indian coffee industry is at the crossroads now and the only option available for the industry is to create its own coffee brand, for the domestic and international markets, suggested Anil Kumar Bhandari, president, India Coffee Trust.

“The Ministry of Commerce should set up a special focus group for coffee, involving all stake holders in the industry, to create a profile, brand and a sophisticated communication for Indian coffee at home and outside. The government also has to sanction a fund to build a brand,’’ he said.

Prediction for climate change impact on coffee producing countries, including India, is already causing a lot of concern for coffee growers. The entire industry is worried about the rumour of Coffee Board getting restructured. The board is the only entity that holds the industry together. Also the industry hears that an Export Promotion Board is on the anvil for coffee.

Bhandari said, ``India has been exporting all its surplus coffee for decades. We grow the best quality coffee, including several specialty varieties. In fact we are the only country that grows coffee under the shade of rain forests. No other country does that. Still, Indian coffee is not able to command a premium in the global markets, because we have not yet built a brand for it.  So the need of the hour is to build a sophisticated campaign for our coffee and not creating another entity for exports.’’

Coffees from Central American countries, South American countries, Kenya, Ethiopia are getting premium in global markets, alth-ough none of these countries grow superior quality coffee. During last fiscal, India exported coffee worth Rs 5,600 crore, the basic price fetched at the New York Futures Exchange. “We have the potential to double the value, with the same quantity of exports, if we are able to position our coffee under specialty and premium varieties and not as bulk commodity sold at the basic price,’’ added Bhandari.

Vietnam has recently launched a five-year campaign to build its own premium coffee brand.

The country is spending some $7.5 million in this exercise.

Indonesia, with an average production of 691,000 tonnes a year, is witnessing a sudden spurt in coffee culture, followed by a mushrooming of cafes across the country.  Brazil is the largest coffee producer, consumer and exporter of coffee followed by Vietnam, Indonesia and Columbia.

China is also quite bullish on coffee retailing, and it’s enthusiasm in the space is evident with every fortnight witnessing the opening of a Starbucks outlet in the country. China’s domestic coffee consumption is in the 12 to 15% range against 5 to 7% that of India.