Business   In Other News  16 Apr 2019  Modicare ropes in just 1 per cent of private hospitals
Business, In Other News

Modicare ropes in just 1 per cent of private hospitals

By the Ayushman Bharat website, 15,291 hospitals have been empanelled under the scheme launched in September 2018. 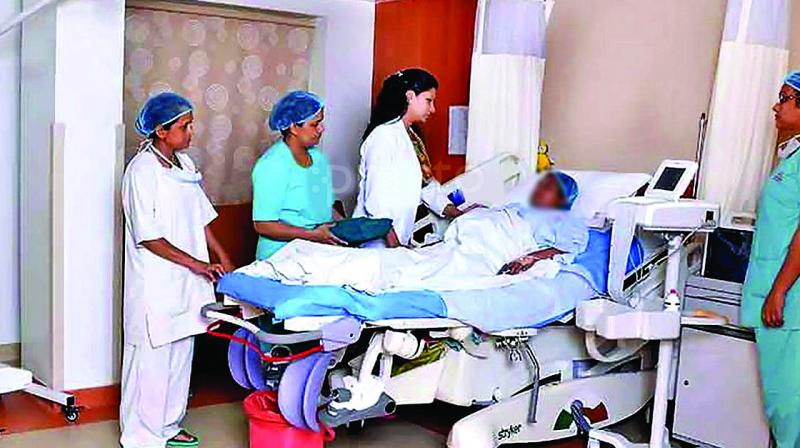 The pricing policy is currently in a state of flux and the hospitals anticipate the rates to at least increase to the CGHS rates.

Chennai: Ayushman Bharat, the most ambitious universal health insurance scheme, has just one per cent of the private hospitals and nursing homes empanelled. Healthcare experts opine that the number of these hospitals have to go up at least by eight to 10 times for the scheme—also known as Pradhan Mantri Jan Arogya Yojana (PMJAY) and Modicare--to be successful.

According to Dr. Mohit Saxena, Principal Consultant, Transformational Health (Healthcare) Practice, Frost & Sullivan, participation of the private healthcare sector is critical for the successful implementation of the scheme as almost 80 per cent of the operational healthcare infrastructure is with the private sector.

Healthcare services of most government hospitals have always been free for poor patients and the scheme does not provide any additional benefit. In order to provide better facilities under the scheme, the government will have to bring in private hospitals into the fold, find experts. “The number of private hospitals should go up at least by eight to 10 times,” said Singh.

“The private hospitals that have empanelled for the scheme are those which always have some vacant beds. Private hospital chains with high occupancy levels are still hesitant to be a part of the scheme and the main issue is treatment rates. The hospitals were not comfortable even with the CGHS rates,” he added.

According to Saxena, the Ayushman Bharat treatment and procedure rates are 10 to 15 per cent less than CGHS rates. Though the hospitals can charge 10 per cent to 30 per cent premium on this under certain conditions, many hospitals are unable to fulfil all the criteria. The pricing policy is currently in a state of flux and the hospitals anticipate the rates to at least increase to the CGHS rates.

Hospitals are also finding the process of empanelling a bit tedious. Of the hospitals, which have got empanelled, majority are in the metros and tier-I cities. “The scheme will only be successful, if it reaches out to the patients in smaller cities, towns and rural areas,” he said.