It’s been grand budget promises and little work on the ground. 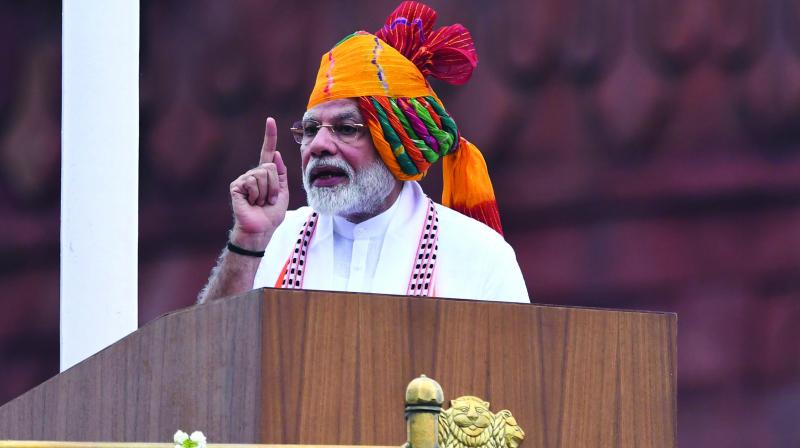 Chennai: While Prime Minister Narendra Modi has urged people to visit domestic tourist destinations to develop the tourism sector, the industry finds that the government has to first put in basic infrastructure in place to attract tourists.

In his Independence Day speech, Mr Modi said the country has much to offer  a tourist and if domestic tourism increases, international footfall will increase.

"I know people travel abroad for holidays, but can we think of visiting at least 15 tourist destinations across India before 2022, when we mark 75 years of Independence,” he asked.

According to the UN World Tourism Organisation's predictions, 50 million Indians will travel overseas in 2019, up from 23 million in 2017.

"You have to take out seven to 10 days for vacation, but please spend the time within the country.  There might not be very good hotels, but once we start visiting these places, these destinations will improve," the Prime Minister added.

According to him, there is "huge" scope to improve India's tourism sector.

However, the industry is not enthused, maintaining that infrastructure facilities in many tourist destinations are far from desirable. “Without putting the basic infrastructure in place, it will be disastrous to get more people there. Many destinations lack drinking water facilities, power, proper sewage lines and roads to attract tourists. It is the responsibility of the government to put these facilities in place,” a hospitality expert, who did want to be identified, said.

In the last budget, it announced development of 17 iconic Tourism Sites into world-class tourist destinations, without mentioning the names of the sites.

The February 2018 budget also had promised development of 10 tourist sites into “iconic” tourist destinations. The government had announced that tourist amenities at 100 Adarsh monuments of the Archaeological Survey of India will be upgraded to enhance visitor experience. In the 2017 budget, there was an announcement to create five Special Tourism Zones, without mentioning anything about where these zones would be coming up and what would be the nature of development to be undertaken there.

“The government has a majority mandate and it can implement projects. The government has to take initiatives and get people to work on it. It can also have public-private partnership for development the tourist destinations. It has expressed a political will and now we will have to see how these are implemented,’ said Iqbal Mulla, Chief Council, Global Tourism Council Trust.

Over 10 million foreign tourists arrived in India in 2017 compared to 8.89 million in 2016, representing a growth of 15.6 per cent. According to the latest data available on the Tourism Ministry's website, foreign tourist arrivals were up 5.4 per cent in June 2019 and 2.2 per cent during January-June.