Business   In Other News  17 Jun 2020  Japan's exports fall most since 2009 as virus hits US shipments
Business, In Other News

Japan's exports fall most since 2009 as virus hits US shipments

Overall imports fell 26.2% in the year to May, versus the median estimate for a 20.4% decrease, posting the biggest drop since October 2009 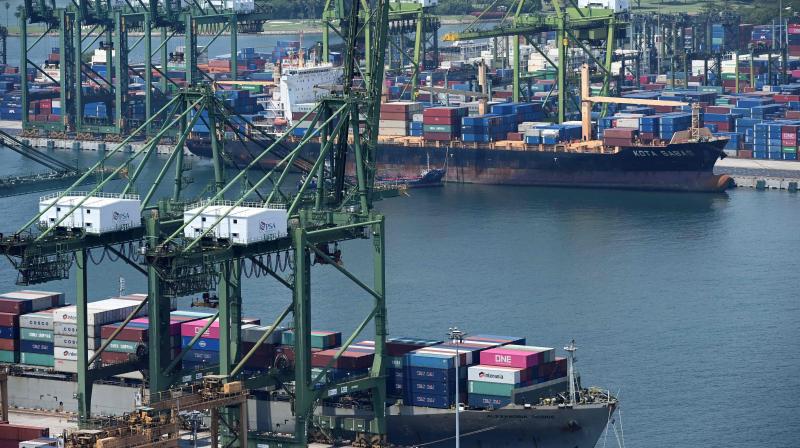 TOKYO: Japan’s exports fell in May at the fastest pace since the 2009 global financial crisis as U.S.-bound car shipments plunged, bolstering expectations for a deep contraction in the world’s third-largest economy this quarter.

Weak global demand for cars and slowing business spending could drag on Japan’s export-led economy, even as China-bound trade shows signs of picking up and U.S. and European economies reopen.

The trade data came a day after the Bank of Japan increased its support through lending schemes for struggling businesses to $1 trillion.

Ministry of Finance (MOF) data out Wednesday showed Japan’s exports fell 28.3% in the year to May, worse than a 26.1% decrease expected by economists in a Reuters poll.

That followed a 21.9% decline in April and marked the biggest annual drop since September 2009.

U.S.-bound exports - Japan’s key market — halved to mark the biggest annual drop since March 2009, due to more than 70% declines in shipments of cars and car parts, the trade data showed.

Exports to China, Japan’s largest trading partner, fell 1.9% in the year to May, a smaller drop than the prior month’s 4% annual decline.

Shipments to Asia, which account for more than half of Japanese exports, declined 12%, and exports to the European Union also fell 33.8%.

Overall imports fell 26.2% in the year to May, versus the median estimate for a 20.4% decrease, posting the biggest drop since October 2009.

As a result, the trade balance came to a deficit of 833.4 billion yen ($7.77 billion), versus the median estimate for a 1.07 trillion yen shortfall.

Japan’s economy slipped into recession for the first time in 4-1/2 years in the first quarter and is on course for its deepest postwar slump as the pandemic ravages businesses and consumers.

Analysts warn of an even bleaker picture for the current quarter as consumption crumbled after the government requested citizens to stay home and businesses to close.