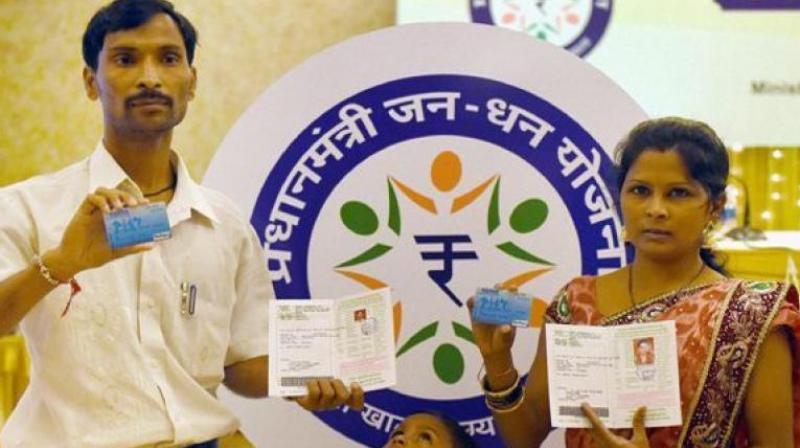 During the August 15-September 5 period, the total deposits in 32.61 PMJDY accounts witnessed an increase of Rs 1,266.43 crore. (Photo: Representational Image/PTI)

New Delhi: As many as 20 lakh people have joined the modified Pradhan Mantri Jan Dhan Yojna (PMJDY), taking the total number of account holders in the flagship financial inclusion programme to 32.61 crore as on September 5, according to finance ministry data.

The government earlier this month relaunched PMJDY as an open-ended scheme with higher insurance cover and double the overdraft (OD) facility.

The Union Cabinet decided to continue the scheme beyond the four-year period ended August 14 with an aim to take the formal banking system from "every household to every adult".

During the August 15-September 5 period, the total deposits in 32.61 PMJDY accounts witnessed an increase of Rs 1,266.43 crore.

Under the revamped scheme, accidental insurance cover for new RuPay card holders has been raised from Rs 1 lakh to Rs 2 lakh for new PMJDY accounts opened after August 28.

The data also showed that nearly 7.18 lakh people, who opened PMJDY account after August 28, may get the benefit of increased accidental insurance cover of Rs 2 lakh.

Besides, it provided Basic Banking Accounts with OD facility of Rs 5,000 after six months.

Phase II beginning August 15, 2018 was planned to provide micro-insurance to the people and pension schemes to unorganised sector workers through Business Correspondents.

About 53 per cent of PMJDY account holders are women, while 83 per cent of the total accounts are seeded with Aadhaar.