Business   In Other News  19 Jun 2020  Boycott China Products: Ban may impact Chinese exports worth $17 billion
Business, In Other News

The Confederation of All India Traders has written an open letter to celebrities, asking them to stop endorsing made-in China products 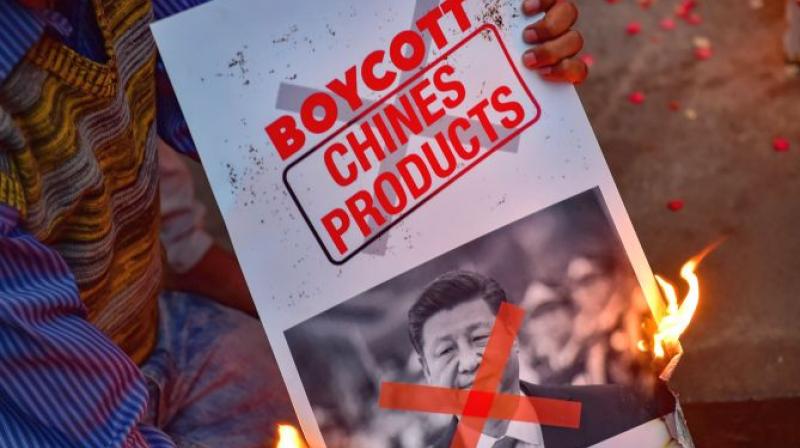 Kolkata: The nationwide clamour for boycott of Chinese goods is getting louder amid the Ladakh face-off, with traders urging the Centre to direct e-commerce firms to restrict the sale of items from the Dragonland, which imports products worth USD 74 billion to India annually.

Of the total import from China, retail traders sell goods worth around USD 17 billion, mostly comprising toys, household items, mobiles, electric and electronic goods and cosmetics among other things, which could possibly be replaced by Indian products, a national trading body said.

"We, at 'Federation of All India Vyapar Mandal', are advising our members to clear their stocks of Chinese products and refrain from placing fresh orders. We are also requesting the government to restrict e-commerce companies from selling Chinese products," V K Bansal, the association's general secretary, told PTI.

Sushil Poddar, the president of the Confederation of West Bengal Traders Association, said its members have been told to shun trading in Chinese goods as much as possible.

Another national traders' body, The Confederation of All India Traders (CAIT), has decided to step up its movement against the boycott of Chinese goods, under its campaign 'Bhartiya Samaan-Hamara Abhimaan'.

It released a list of over 450 broad categories of commodities, comprising 3,000 Chinese products.