Business   In Other News  19 Jun 2020  Electricity output falls sharply in first half of June
Business, In Other News

Electricity output falls sharply in first half of June 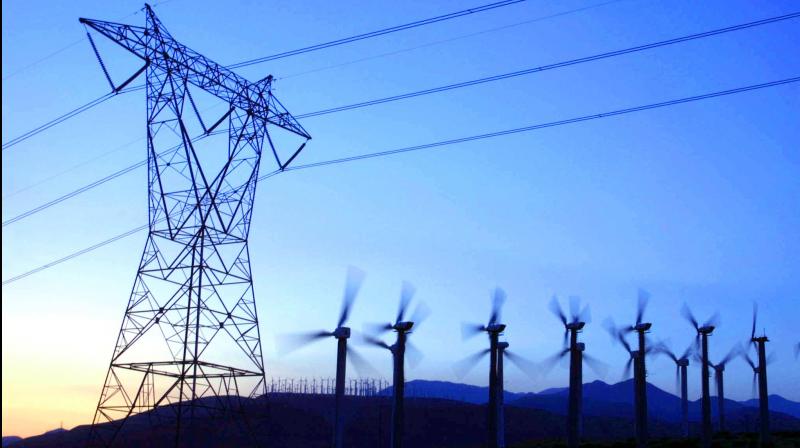 India’s electricity generation during the first half of June fell at a slightly faster rate than in May. (AFP Photo)

CHENNAI: India’s electricity generation during the first half of June fell at a slightly faster rate than in May, provisional government data showed, driven by lower consumption in western states hit hardest by the coronavirus outbreak.

Power generation fell 14.5% in the first 15 days of June, a Reuters analysis of daily load despatch data from federal grid operator POSOCO showed, compared with a 14.3% fall in May.

Prime Minister Narendra Modi has been citing electricity consumption to show there are “greenshoots” in the Indian economy.

While power use has picked up from previous months when India was under a strict lockdown, electricity demand - which is impacted by seasonal changes - has been lower when compared with the same periods from the previous year.

Electricity use by the industrial western states of Maharashtra and Gujarat - the top electricity consuming states in the country - fell over 24% each, compared with declines of 13.8% and 18.9% in May. Consumption in Delhi fell nearly 30%, a steeper fall than the 26.8% decline in May.

Maharashtra, Gujarat and Delhi - which are among the most industrialised regions in the country - account for nearly three-fourths of all deaths in India, according to government data.

Industries and offices together account for over half of India’s annual power consumption.

However, the southern state of Tamil Nadu, India’s auto manufacturing hub, registered a 8.5% fall in power use, compared with a 15.3% decline in May.

Electricity use in the state is slated to fall in the coming days as it has imposed a strict lockdown in and around its capital city of Chennai from Friday until the end of June.

Power generation from coal - India’s primary source of electricity - continued to fall in June. Coal’s contribution to overall electricity generation in May fell to 61.9%, compared with 64.2%.