House prices to fall in 2020 for first time in at least a decade: Poll 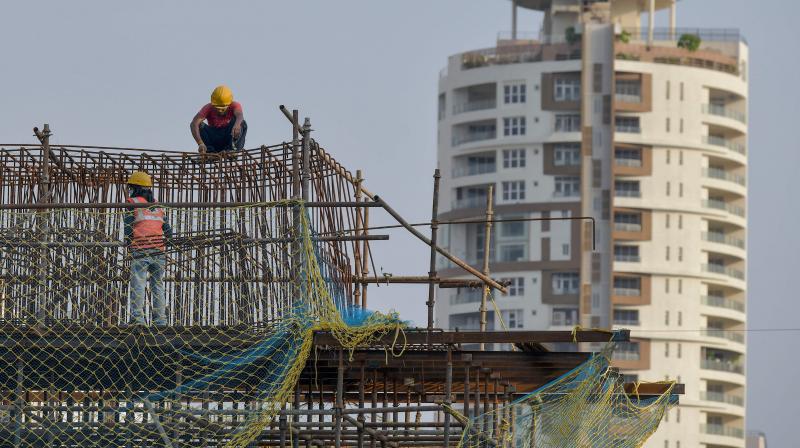 Indian house prices will fall for the first time in at least a decade in 2020. (AFP Photo)

BENGALURU: Indian house prices will fall for the first time in at least a decade this year and next as the coronavirus pandemic leads to mass job losses and hammers demand and the economic outlook, a Reuters poll showed.

The Indian property market was being hobbled by a cash crunch even before the coronavirus outbreak, which has already infected more than 350,000 in the world’s second most populous country.

Last year, Indian house prices rose 3.3% on average, lagging a 3.7% average rise in consumer prices and marking the weakest year since the Reserve Bank of India started tracking the market in 2010.

“For the housing sector, COVID-19 couldn’t have come at a worse time. Many aspiring homebuyers were on the verge of making purchases when an avalanche of uncertainties struck and forced many onto the fence of indecision,” said Anuj Puri, chairman at ANAROCK Property Consultants in Mumbai.

In India’s two biggest cities, the financial capital Mumbai and the national capital Delhi, property prices were expected to plunge 7.3% and 7.0% this year.

Those cities, each with nearly 20 million inhabitants, have the highest COVID-19 infection rates in India.

Despite the government’s 20 trillion rupee ($262 billion) economic stimulus package and a cumulative 115 basis points of interest rate cuts by the RBI, all but one of 11 analysts said a housing market recovery would be slow and long.

A lack of demand and high unemployment were cited by almost all the analysts who responded to the poll as the biggest hurdles for the housing market over the coming year.

Several housing projects have stalled as the reverse migration of large swathes of construction workers out of major cities leads to labour shortages, a trend some analysts said would likely continue.

“With migrant labourers vacating urban centres during lockdown, the pick-up of supply side activity is heavily contingent upon the speed of labour availability and its distribution,” said Arvind Nandan, managing director of research at Savills India.

“This is likely to be the biggest driver, as well as a delay-factor, for post-pandemic production.”