Business   In Other News  19 Sep 2019  PF interest not credited? Know when you will get it
Business, In Other News

PF interest not credited? Know when you will get it

Central Board of Trustees (CBT) had approved 8.65 per cent interest rate for the last fiscal in February this year. 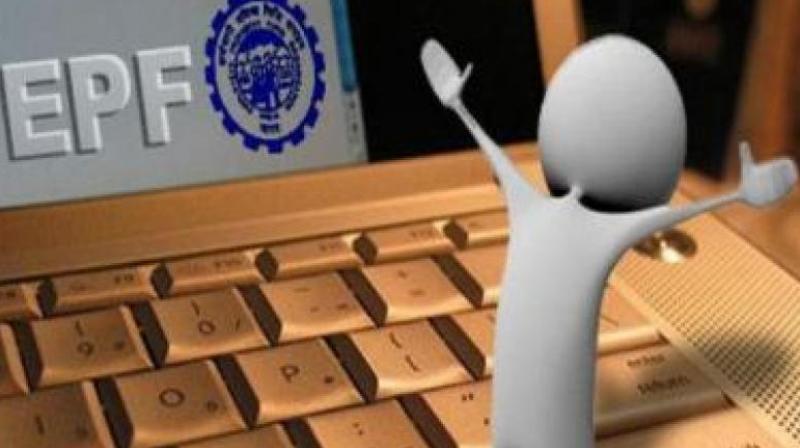 At present, the EPFO is settling Provident Fund (PF) withdrawal claims at 8.55 per cent interest rate.

Mumbai: Over 6 crore Employee Provident Fund Organisation ( EPFO) members will get 8.65 per cent interest on their deposits for 2018-19, said Labour Minister Santosh Gangwar on Tuesday ahead of the festival season.

The apex decision-making body of the Employees' Provident Fund Organisation (EPFO), Central Board of Trustees (CBT) had approved 8.65 per cent interest rate for the last fiscal in February this year.

At present, the EPFO is settling Provident Fund (PF) withdrawal claims at 8.55 per cent interest rate, which was approved for 2017-18.

How interest rate is credited to Provident Fund account?

The sum kept in PF account gains compound interest. The amount is credited into the subscribers account on a basis of the month to month running balance as per the rate announced by the EPFO every year.

On an average, over 1 lakh account holders close or withdrew their EPF account each month, because of this lakhs of investors had to close their PF account at a lower interest rate.

The government not yet credited the hiked interest amount in the subscriber's PF account, since February. This has hurt scores of EPF subscribers. Lakhs of account holders would benefit with more money if the government had approved the recommendation of the CBT.

Under EPF scheme, an employee has to pay a certain contribution towards the scheme and an equal contribution is paid by the employer. The employee gets a lump sum amount including self and employer’s contribution with interest on both, on retirement.

When can EPF be withdrawn:

One may choose to withdraw EPF completely or partially. EPF can be completely withdrawn under any of the following circumstances:

a. When an individual retires from employment:

c. You can withdraw EPF while switching over from one job to another without remaining unemployed for 2 months or more.