Business   In Other News  19 Nov 2020  Lakshmi Vilas Bank shareholders to get nothing after merger with DBS India
Business, In Other News

However, depositors need not worry as their deposits will be transferred to DBS and would be fully secured 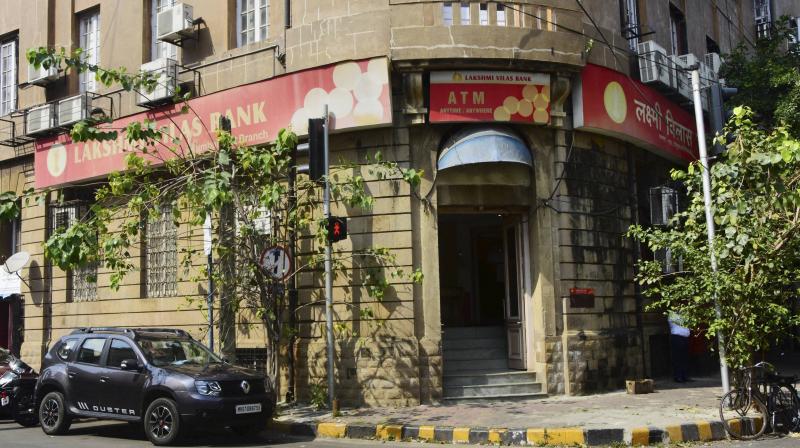 Outside view of Lakshmi Vilas Bank, in Mumbai, Wednesday, Nov 18, 2020. Shares of Lakshmi Vilas Bank (LVB) plunged as much as 20 per cent -- lower circuit -- on Wednesday after the Reserve Bank of India (RBI) imposed a 30-day moratorium on the cash-strapped lender, restricting cash withdrawals at Rs 25,000 per month. (PTI Photo)

Mumbai: Public shareholders of Lakshmi Vilas Bank (LVB) will lose their money as the entire amount of the paid-up share capital will be written off as per the scheme of amalgamation of LVB with DBS India proposed by the Reserve Bank of India (RBI).

However, depositors need not worry as their deposits will be transferred to DBS and would be fully secured. Around 4000 employees of LVB also can heave a sigh of relief as they will be moved to DBS at the same remuneration as in LVB for the next three years.

However, Damocles’ sword hangs over key management personnel of LVB as they could be retrenched by DBS, if required. The market is also waiting to see whether the RBI will take over troubled private lender Dhanalaxmi Bank too as it is being long mired with management issues and impose a merger or try some other route to revive it.

“On and from the appointed date, the entire amount of the paid-up share capital and reserves and surplus, including the balances in the share/securities premium account of the transferor bank, shall stand written off,” said the RBI in the draft scheme of amalgamation for LVB with DBS India announced by it on Tuesday.

Anand Dama, analyst at Emkay Research said, “As per the extant scheme, paid-up capital/reserves of LVB shall stand extinguished similar to write-off of AT 1 bonds in the case of Yes Bank.”

Speaking at a virtual press meet, the RBI appointed administrator for the ailing private sector lender and former non-executive chairman of Canara Bank, TN Manoharan, said that shareholders of LVB will not have a say in the amalgamation decision in their general body meeting under the Companies Act as the Banking Regulation Act, a special Act, will override the provisions of a general law.

Meanwhile, LVB depositors continued to panic since the announcement of the amalgamation scheme announced by the RBI on Tuesday evening with the Bank witnessing about Rs 10 crore of deposit withdrawals. Manoharan assured depositors that their money is safe and expressed confidence of completing the lender's merger with DBS Bank India within the December 16 deadline set by the regulator. He said all the employees of LVB will be absorbed in DBS after the merger. DBS Bank may also rope in more experienced professionals to carry out a digitisation drive at the troubled bank, he added. The RBI administrator said that the troubled bank has enough liquidity to pay back depositors.

On Tuesday, the Reserve Bank of India (RBI) placed LVB under moratorium for 30 days and capped cash withdrawals at Rs 25,000 per account. The RBI also said subject to certain exceptions and with its prior permission, LVB may allow a depositor to withdraw up to Rs 5 lakh to meet unforeseen expenses.