The six-member MPC had kept the repo rate unchanged on December 5 despite moderation in economic growth and easing inflation. 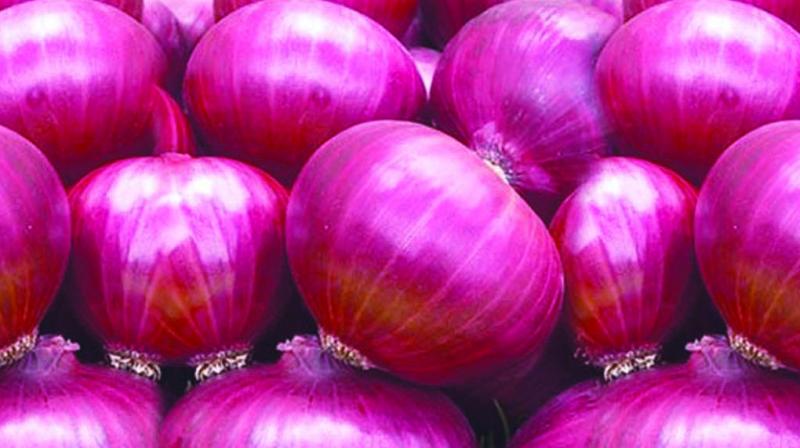 New Delhi: Soaring onion prices figured prominently in the deliberations of the high-powered rating setting panel of the Reserve Bank of India (RBI) as it voted for status quo in interest rates this month, according to the minutes of the MPC meeting released on Thursday.

"Headline inflation rose sharply in September and further in October, driven up by a sudden spike in prices of vegetables as kharif crop was damaged due to unseasonal rains in many parts of the country; increase in prices of onion was particularly sharp," RBI Governor Shaktikanta Das said in the Monetary Policy Committee (MPC) meeting while voting for status quo in the key interest rate.

The six-member MPC, headed by Das, had kept the repo rate unchanged on December 5 despite moderation in economic growth and easing inflation.

Along with him, all the other five MPC members -- Chetan Ghate, Pami Dua, Ravindra H Dholakia, Michael Debabrata Patra, and Bibhu Prasad Kanungo -- had voted to retain the repo rate at 5.15 per cent.

"As a result, the temporary demand supply imbalance led to price pressures in several vegetables, especially onion prices," he said, as per the minutes.

"First, the surge in food inflation in last three months, driven up by a spike in onion and other vegetable prices, could be transitory. It is likely to reverse gradually as late kharif output comes to the market," he said.

In view of this, even as the current food price spike driven by vegetables can be looked through, there is a need for greater clarity as to how the overall food inflation path is going to evolve as there is some uncertainty about the outlook of prices of certain non-vegetable food items such as cereals, pulses, milk and sugar, Das said.

It is also not clear at this stage as to how the recent increase in telecom charges will play out, even as CPI (retail) inflation excluding food and fuel has moderated, he said.

Onion prices have risen by 81 per cent in the last one month and are ruling above the Rs 100 per kg mark for the third week in a row in most cities, as government efforts to cool the rates seem to be taking more time than expected.

Onion prices have shot up as domestic production in kharif and late-kharif seasons (summer-sown) is estimated to have declined by 22 per cent.

The government has been maintaining that it has taken all possible steps to rein in prices such as allowing imports, imposing a ban on exports and putting restrictions on the quantity of onion which can be stocked by retailers and wholesalers.