Business   In Other News  20 Jan 2018  Alternative tobacco products may beat FDA’s plan
Business, In Other News

For activists these products may mean surrendering hopes of a knockout blow to cos. 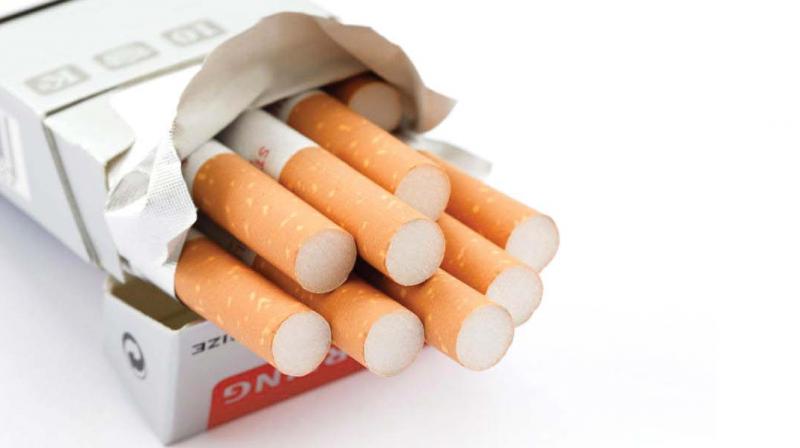 The FDA plan is two-fold: drastically cut nicotine levels in cigarettes so that they are essentially non-addictive.

Washington: Imagine if cigarettes were no longer addictive and smoking itself became almost obsolete; only a tiny segment of Americans still lit up. That’s the goal of an unprecedented anti-smoking plan being carefully fashioned by US health officials.

But the proposal from the US FDA could have another unexpected effect: opening the door for companies to sell a new generation of alternative tobacco products, allowing the industry to survive — even thrive — for generations to come.

The plan puts the FDA at the centre of a long-standing debate over so-called “reduced-risk” products, such as e-cigarettes, and whether they should have a role in the anti-smoking efforts, which have long focused exclusively on getting smokers to quit.

“This is the single most controversial — and frankly, divisive — issue I’ve seen in my 40 years studying the tobacco control policy,” said Kenneth Warner, professor emeritus at University of Michigan’s school of public health.

The FDA plan is two-fold: drastically cut nicotine levels in cigarettes so that they are essentially non-addictive. For those who can’t or won’t quit, allow lower-risk products that deliver nicotine without the deadly effects of traditional cigarettes.

This month the government effort is poised to take off. The FDA is expected to soon begin what will likely be a years-long process to control nicotine in cigarettes. And next week, the agency will hold a public meeting on a closely watched cigarette alternative from Philip Morris International, which, if granted FDA clearance, could launch as early as February.

The product, called iQOS (pronounced EYE-kose), is a penlike device that heats Marlboro-branded tobacco but stops short of burning it, an approach that Philip Morris says reduces exposure to tar and other toxic byproducts of burning cigarettes. This is different from e-cigarettes, which don’t use tobacco at all but instead vaporize liquid usually containing nicotine.

For anti-smoking activists these new products may mean surrendering hopes of a knockout blow to the industry. They say there is no safe tobacco product and the focus should be on getting people to quit.

But others are more open to the idea of alternatives to get people away from cigarettes, the deadliest form of tobacco.

Tobacco companies have made claims about “safer” cigarettes since the 1950s, all later proven false.

In some cases the introduction of these products, such as filtered and “low tar” cigarettes, propped up cigarette sales and kept millions of Americans smoking. Although the adult smoking rate has fallen to an all-time low of 15 per cent, smoking remains the nation's leading preventable cause of death and illness, responsible for about one in five US deaths.

Anti-smoking groups also point to BigTobacco’s history of manipulating public opinion and government efforts against smoking: In 2006, a federal judge ruled that Big Tobacco had lied and deceived the American public about the effects of smoking for more than 50 years.

The industry defeated a 2010 proposal by the FDA to add graphic warning labels to cigarette packs. And FDA scrutiny of menthol-flavored cigarettes has been bogged down since 2011, due to legal challenges.