The ministry does not specify how many of these units are from the earlier scheme. 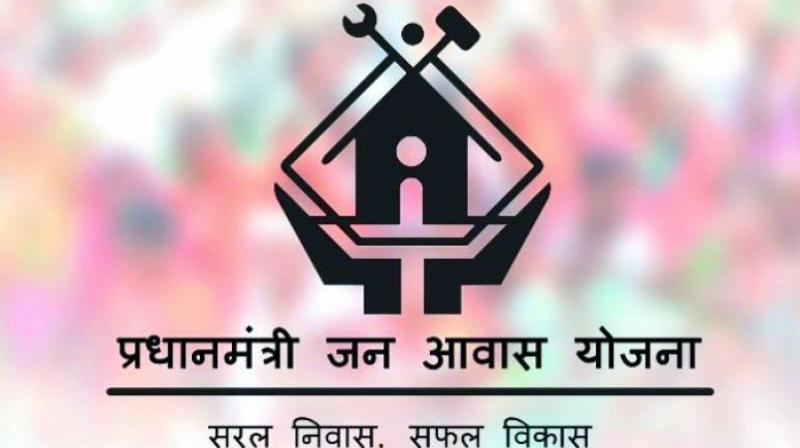 Chennai: Five years since the government launched the Pradhan Mantri Awas Yojana, only 20 per cent of the sanctioned projects have been completed and 19 per cent occupied. Interestingly, this also includes some of the pending projects of the earlier Jawaharlal Nehru National Urban Renewal Mission. Of the central assistance sanctioned for the PMAY projects, only 33 per cent has been released yet.

The PMAY scheme envisaged addressing a housing shortage of two crore between 2015 and 2022. Of this, the target was to provide one crore houses by end-March 2019. With a few more days to go for the fiscal year to end, the government has sanctioned only 79 lakh houses, as per the data updated by Ministry of Housing and Urban Affairs, as on February 25.

The 41 lakh houses which have been grounded for construction and those which have been completed and occupied, also include the projects that were pending from the earlier scheme of JNNURM (now NURM), as per the data from the ministry.

However, the ministry does not specify how many of these units are from the earlier scheme.

“The fact that out of the one crore homes targeted to be built under PMAY across urban areas, over 79 per cent have been sanctioned across states so far. Of these, merely 39 per cent have been occupied or completed– 19 per cent occupied and 20 per cent completed,” said Anuj Puri, chairman, Anarock Property Consultants.