Business   In Other News  20 Apr 2018  Market has capacity to absorb higher oil prices: Saudi minister
Business, In Other News

Faleh insisted the Organization of Petroleum Exporting Countries (OPEC) does not have a price target for oil. 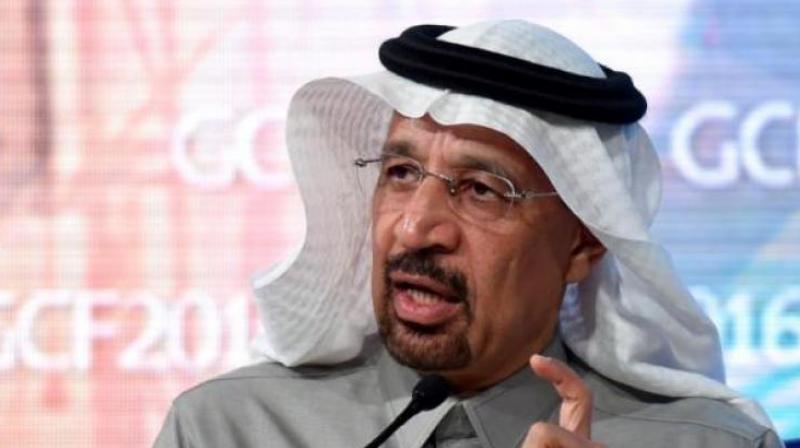 Khaled al-Faleh said on Friday the global market has the capacity to absorb higher oil prices.

"I have not seen any impact on demand with current prices. We have seen prices significantly higher in the past -- twice as much as where we are today," Faleh told reporters ahead of an oil producers' meeting in Jeddah, Saudi Arabia.

"Energy intensity as you know has declined significantly ... this reduced energy intensity and higher productivity globally of energy input leads me to think that there is the capacity to absorb higher prices," Faleh said.

Faleh insisted the Organization of Petroleum Exporting Countries (OPEC) does not have a price target for oil.

"We never have a price target ... Prices are determined by the market," said Faleh who warned against the danger of price fluctuations, saying that "volatility is our enemy."

OPEC producers and non-OPEC countries struck a deal in 2016 to trim production by 1.8 million barrels per day to reduce a global glut of oil. The deal, which is due to run out at the end of this year, has succeeded in boosting oil prices above USD 70 a barrel from below USD 30 a barrel in early 2016.

The recovery has also been fuelled by geopolitical tensions, US President Donald Trump's threat to reimpose nuclear-related sanctions on Iran and production problems in Venezuela, Nigeria and Libya.

Benefitting from the higher prices, US oil producers have ramped up drilling, pushing domestic output to a record 10.5 million barrels a day last week, according to data from the US Energy Information Administration.

The United States had already eclipsed Saudi Arabia as the world's second largest crude producer with the OPEC kingpin pumping just under 10 million bpd while meeting its agreed production cuts.