Wi-fi facility set up at 1,000 hotspots in Hyderabad

Project will be also be extended to Telangana's Warangal, Karimnagar and Khammam districts. 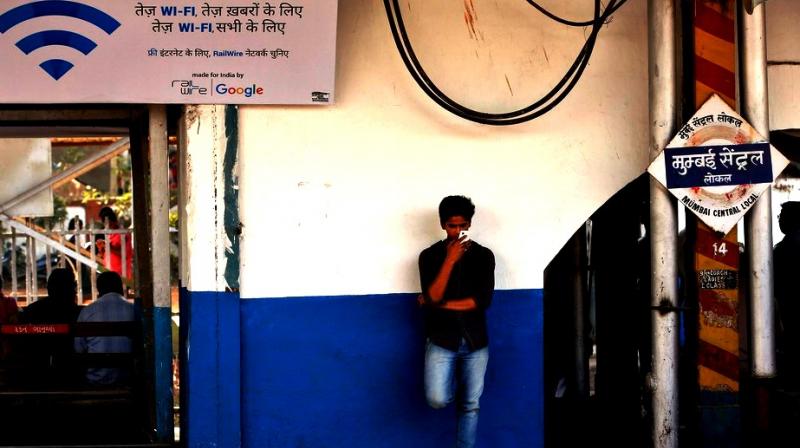 The entire project is being rolled out at a cost of around Rs 300 crore. (Photo: AFP)

Greater Hyderabad Municipal Corporation (GHMC) Mayor B Rammohan, who launched the project, said it will eventually cover around 3,000 hotspots in the city. Telangana IT Secretary Jayesh Ranjan said 3,000 public locations were identified in the city.

The network has now been installed at 1,000 hotspots with an assured bandwidth of 5-10 Mbps offering 30 minutes of free wi-fi. The remaining 2,000 places will be covered in next three months.

The entire project is being rolled out at a cost of around Rs 300 crore, he said adding that the money has been invested by the industry. In June 2015, under the 'Digital Telangana' umbrella, the government had launched the pilot version of the 'Hyderabad City Wi-Fi' project.

Based on its success, the government decided to scale up the project to cover over 3,000 locations across Hyderabad, through industry participation. The project will be also be extended to Telangana's Warangal, Karimnagar and Khammam districts, Ranjan said.

"We will stabilise it first in Hyderabad and based on how it is working, we will extend it to three other districts," he told reporters on the sidelines of the event. Asked about the security aspect, the IT secretary said, "Misuse is also happening...there is a need to ensure that such things don't happen."

"There is security apparatus and there are some empanelled companies which provide security coverage against unauthorised usage of wi-fi. We will be talking to them and work on how the whole city can be covered," he said.

Cellular Operators Association of India (COAI) is the technical adviser to the Telangana government in the project. COAI Director General Rajan Mathews said the government and the industry worked together for this ambitious project.