India is formulating a policy to build a 30 GW local capacity for manufacturing solar cells. 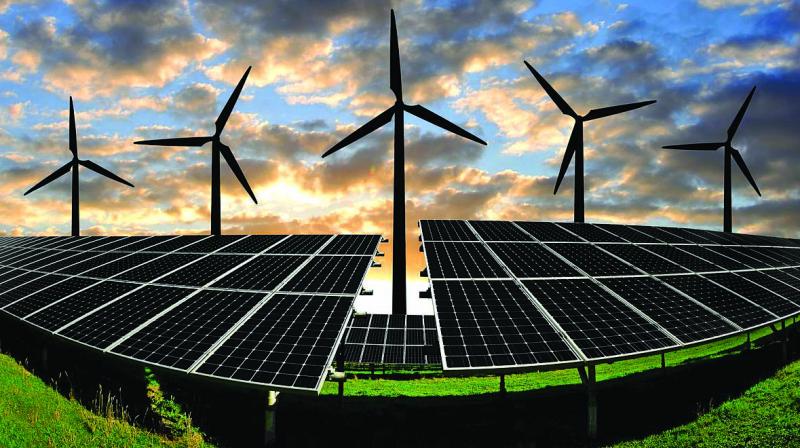 India's renewable power capacity soared by almost 150 per cent in the last 5 years to 77.6 GW.

India expects to achieve a renewable energy capacity target of 260 gigawatt (GW) by 2024, a government official said on Friday, as the country sees rapid growth in renewable capacity backed by government orders, private equity and pension fund investments. India's renewable power capacity soared by almost 150 per cent in the last five years to 77.6 GW, while the government set a target of 175 GW by 2022, said Anand Kumar, Secretary to the Ministry of New and Renewable Energy. He said that India is also formulating a policy to build a 30 GW local capacity for manufacturing solar cells and modules by 2024.

The Economic Survey, on its parts, had mentioned that India had a high renewable dream of reaching an overall capacity of 500 GW by 2030 (which is 40 per cent of total energy capacity). Having said this, coal will nevertheless remain central to its electricity generation. An incremental investment of $80 billion would be required to meet its renewable goal till 2022 and another $250 billion would be required between 2023 and 2030, suggested the economic survey had suggested.

Significantly, going by India's Central Electricity Authority (CEA) statistics on Friday, coal imports by Indian coal utilities during the first half of 2019 rose 53.4 per cent from a year earlier to 35.47 million tonne. Demand for seaborne coal imports in India has risen because of a fast rising population and the unavailability of alternative fuels such as natural gas. And imports for power plants at the port of Mundra, in western India's state of Gujarat, made up 42 per cent of all imports by Indian utilities during the first half of 2019. NTPC, India's largest electricity generator, shipped in 1.4 million tonne of coal to various ports during six months ended June 2019, about 11 times of what it imported a year ago, CEA data suggested. The economic survey had earlier suggested that it would be difficult for a growing economy like India to migrate to renewable power supply unless "sufficient technological breakthrough in energy storage happens in the near future".