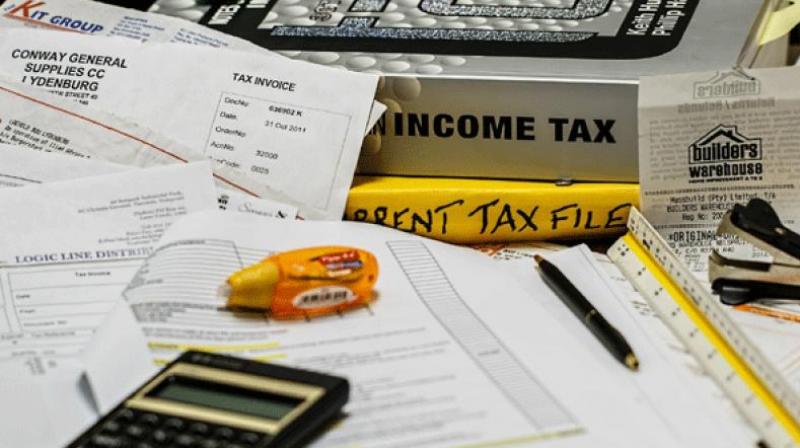 New Delhi: The Income Tax department has disposed of 7,116 cases under the first phase of faceless assessment scheme, an official source said.

Since its launch on October 7, 2019 and implementation of first phase, faceless scrutiny assessment scheme has provided for assessment of income tax in electronic mode, where taxpayers need not see face-to-face any tax officer or visit an I-T office and can e-file reply on the income tax portal.

The source said in the first phase of faceless assessment, a total of 58,319 cases were assigned in an automated way randomly and these were kept away from the geographical jurisdiction of the case, based on computer algorithms.

Out of this, 7,116 cases as on date have been disposed of with assessment orders issued without any additions, and 291 cases, wherein additions are proposed to be made, have been submitted to Risk Management unit, the source said.

He said that in all the cases, the grievances of over-pitched assessment or harassment of taxpayers/tax professionals have been almost eliminated.

The taxpayers have been advised to check their registered e-filing accounts/e-mail ids for notices or updates.

Now all the communications with taxpayers is made electronically by a central cell in Delhi and identity of all assessing officers remains unknown to taxpayers at all times, the source added.

Separately, a Finance Ministry official said that now almost 99 per cent returns are e-filed. Out of more than 6 crore returns filed annually, only about 3 lakh returns come under scrutiny on the basis of select risk parameters.

"Cases are centrally selected for scrutiny using computer aided selection for scrutiny. Some scrutiny cases are also selected manually on the basis of specified criteria. Old assessments can also be re-opened if the assessing officer has sufficient reason to believe that some income has escaped assessment, the official said.

The source cited above said that earlier during assessment proceedings in scrutiny cases, taxpayers or tax professionals were required to make multiple visits to the income tax office. There were allegations and some incidences of discretion and subjective approach which often resulted into high-pitched assessments.

In tax recovery proceedings, almost similar types of allegations were being made. These concerns will be addressed by the income tax process becoming faceless.

"The faceless assessment system of Income Tax Department has been a game changer in the arena of direct taxation. It has empowered the taxpayers and has, as a foremost mechanism, altered the facets and perception of overall tax administration in India," the source said.

Finance Minister Nirmala Sitharaman had announced the faceless assessment scheme in her Budget speech on July 5, 2019, which was subsequently inaugurated on October 7, 2019.

The government has already notified revised Form 26AS which would have additional details on taxpayers' high-value financial transactions, like cash deposit/withdrawal, property purchases, undertaken during a financial year and would facilitate voluntary compliance and ease of e-filing of I-T returns.

This will also help in verifying all available information in faceless manner and help in seamless implementation of first phase of faceless assessment, the source added.