Business   In Other News  21 Feb 2019  US president Trump may junk H-IB programme if re-elected
Business, In Other News

US president Trump may junk H-IB programme if re-elected

Increasing the threshold salary could adversely impact Indian students who are heavy users of the H-1B programme. 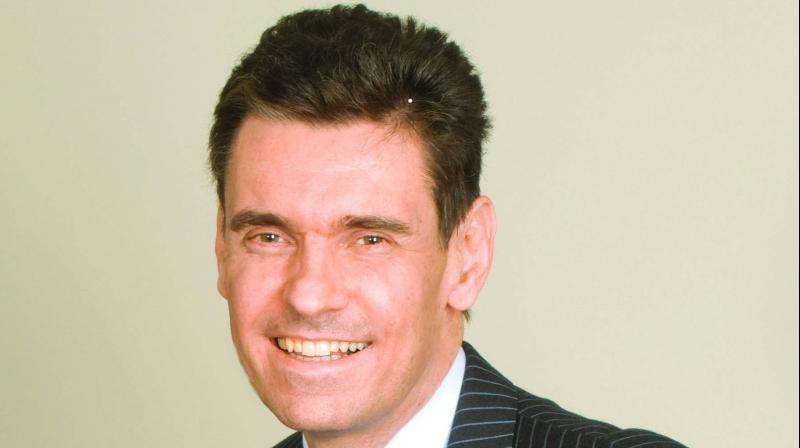 Bangalore: With strong arguments both against and in favour of H-1B programme, changes could go in either direction depending upon the political climate. The prevailing direction at the moment is towards tightening both the regulations and their enforcement. Proposals include doubling the minimum threshold salary from the current $65,000 and reducing the number of visas available. If elected to a second term, it is even conceivable that US president Trump could suspend the program altogether, says Mark Davies, global president, Davies & Associates a leading visa advisory firm in a candid chat with Financial Chronicle. Excerpts:

What are the new challenges in hand for Indian IT companies, H-1B visa holders and their families under a changed immigration scenario in the US?

Changes to the H-1B visa for highly-skilled foreign workers have already impacted India’s IT business and further changes may have additional detrimental effects. Reducing the number of visas available, increasing the threshold salary and changing work permissions for spouses could affect hundreds of thousands of Indians.

The H-1B visa program for speciality workers is the largest category of temporary work visa available to the US. Almost three quarters of visas have been issued to Indian nationals, many of those to people working in information technology, a sector that employs over four million people, and gets more than half of its business from the US.

Why did this programme suddenly came under additional scrutiny by the Trump Administration?

The program has come under greater scrutiny because of a belief among some that the H-1B programme is displacing American workers. Critics of the H-1B programme, including Prez Trump, believe that there is no shortage of Americans qualified to do these highly-skilled jobs, especially in the IT sector.

There have also been questions raised about whether some of the visas have been granted for jobs that are not actually highly-skilled “specialty occupations”. This is especially true in the IT sector, where the United States Citizenship and Immigration Services (USCIS) has become more stringent in rejecting some applications, such as those for positions titled systems analysts and programmers.

But aren’t some American companies and businessmen campaigning in favour of H-1B programme?

Yes. Supporters of the H-1B programme argue that there are not enough qualified US workers, especially in science, technology, engineering and math fields. Demand for H-1B workers has almost been always greater than the number of visas available, which is currently capped at 85,000. Supporters claim that the visa attracts the best and brightest to the country, which keeps US companies competitive in high-tech industries.

How will this situation impact the US dreams of Indian students and spouses of H-IB holders?

Currently spouses of H-1B visa holders who are making an adjustment of status to obtain lawful permanent residency are granted an H-4 visa allowing them to work in the US. If this work authorization is scrapped, more than 90,000 people are at risk of losing their jobs. 93 per cent of H-4 employment authorization approvals were granted to Indians, especially to individual located in Silicon Valley and other technology centres across America.

Has USCIS actually rise the number of random spot checks on employers?

There is a lot of focus on enforcement. Yes USCIS is conducting more random spot checks on employers, who have a high volume of staff on the H-1B program, as well as smaller companies. This is part of a wider movement to stamp out fraud in the immigration system, driven by a series of high-profile cases, including the recent case of 129 Indian students who were arrested by the US department of homeland security for enrolling in the fake Farmington University in Michigan.