Business   In Other News  21 May 2020  Recession-hit Japan's exports, imports fall due to pandemic
Business, In Other News

The drop in exports is the worst since the 2008 financial crisis, as export-dependent Japan struggles to juggle the health risks of COVID-19 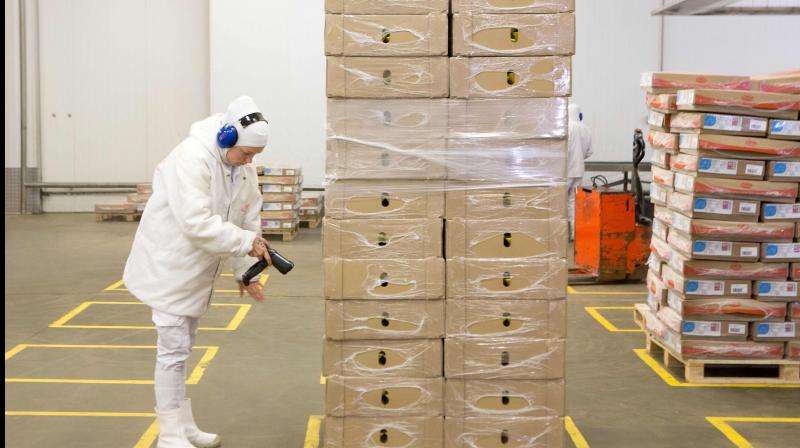 TOKYO: Recession-hit Japan's exports plunged nearly 22 per cent in April, the country's worst drop in more than a decade as the coronavirus pandemic slammed global demand.

The drop in exports is the worst since the 2008 financial crisis, as export-dependent Japan struggles to juggle the health risks of COVID-19 with the dire need to keep the economy going.

Like many other nations, Japan has asked people to work from home and maintain social distance to stop the virus from spreading. The government initiative was eased this month in regions with few or no new infections, though it remains in place for Tokyo and some other areas.

Exports fell most dramatically to the US, India, Australia, South America, Russia, Iran and Italy. Exports also declined to China, where the outbreak began.

By sector, exports were lower in vehicles, machinery, chemicals and textiles. Imports edged down in iron and steel products, food such as fish and cereal, and computer parts.

Japan is in a technical recession after a contraction that began in the last quarter of last year deepened in the January-March quarter. Analysts say worse may be ahead, given the economic pain of the pandemic may be prolonged.

Tourism and travel had dwindled. Restaurants are closed or resorting to takeouts, and those that stay open are seeing fewer customers.

Even before, the world's third-largest economy barely eked out growth over some periods. The recent trade conflict between China and the US also hurt Japan.