Business   In Other News  21 Aug 2020  India’s crude imports drop to decade low in July
Business, In Other News

Crude oil imports last month slumped about 36.4% from a year earlier to 12.34 million tonnes, or 2.92 million barrels per day 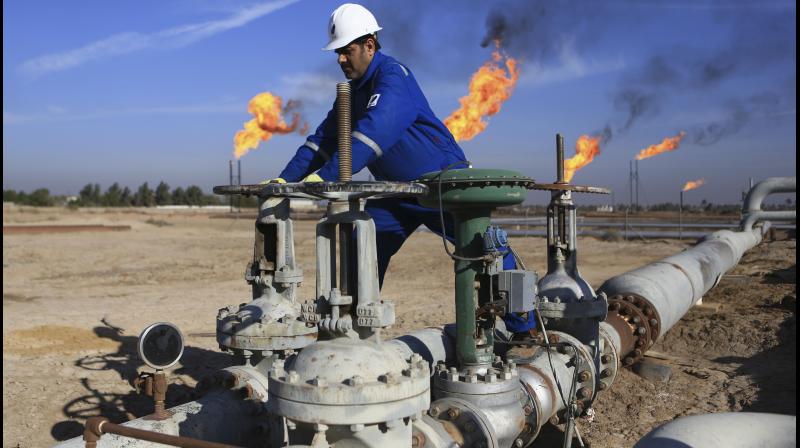 India's crude imports fall to lowest in over a decade in July. (AFP Photo)

India’s crude oil imports fell in July to their lowest since March 2010 as fuel demand slowed amid renewed coronavirus-induced lockdowns and closures of refinery units for maintenance, government data showed on Thursday.

Crude oil imports last month slumped about 36.4% from a year earlier to 12.34 million tonnes, or 2.92 million barrels per day, data from the Petroleum Planning and Analysis Cell (PPAC) of the Ministry of Petroleum & Natural Gas showed.

The country reported a record daily jump of 69,652 coronavirus infections on Thursday, taking the total number of cases to 2.84 million, data from the federal health ministry showed.

Reliance Industries Ltd, operator of the world’s biggest refining complex, has been buying some straight-run fuel oil from countries including Iraq to process at its revamped coker, to maximise refining margins.

However, exports of refined products fell 22.7% in July to 3.92 million tonnes, their lowest since April 2018.

Diesel shipments continued to hold a major share of the total exports at 2.06 million tonnes, down 21.1% year on year, the data showed.

Demand for diesel, which is widely used for transportation as well as for irrigation needs in India, fell about 19.3% year-on-year to 5.52 million tonnes, in July.