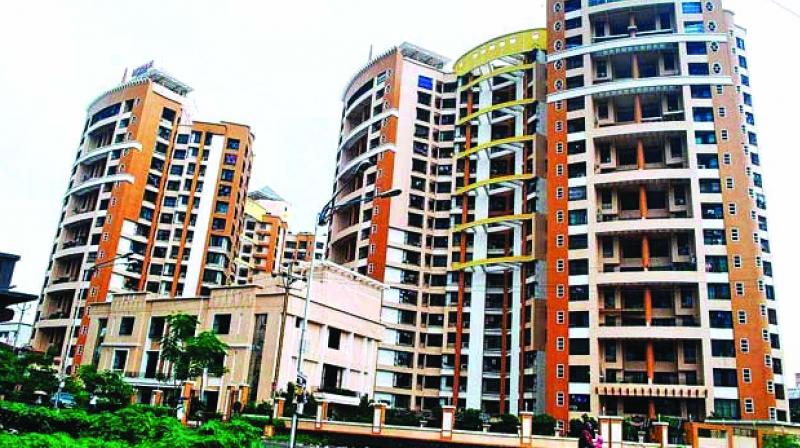 New Delhi: Housing sales fell 9 per cent during October-December across nine cities to 60,453 units due to economic slowdown and liquidity crisis, according to a report.

Housing brokerage firm PropTiger recently reported 30 per cent fall in sales in nine cities during October-December quarter. However, during 2019 calendar year, realty consultants Knight Frank India and Anarock mentioned that sales rose by one per cent and 5 per cent, respectively.

"The absorption witnessed a dip of 9 per cent as compared to the same period last year and new launches have dropped by 10 per cent on a year-on-year basis. The downtrend observed was mainly due to economic slowdown and liquidity crisis in the market," PropEquity said in its Q4 report.

"Residential real estate continues to be an end user driven market as ready to move-in or nearing completion properties are being preferred. Consumers are now looking for developers with excellent track records in terms of quality and execution," it added.

According to the data, housing sales in Pune declined 9 per cent during October-December period to 15,453 units as compared with the year-ago period.

"We expect markets to recover in 2020 and also expect government to announce positive measures in the forthcoming budget,” said Samir Jasuja, founder and managing director at PropEquity.

PE Analytics owns and operates PropEquity, which is an online real estate data and analytics platform covering over 1,18,010 projects of 34,217 developers across 44 cities.