The visa suspension, will open up 525,000 jobs for US workers, a senior administration official said 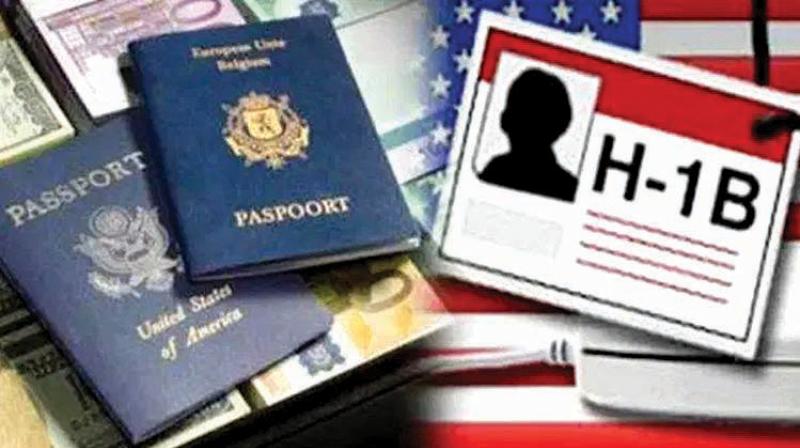 US President Donald Trump suspended the entry into the United States of certain foreign workers on Monday. (AFP Photo)

WASHINGTON: US President Donald Trump suspended the entry into the United States of certain foreign workers on Monday, a move the White House said would help the coronavirus-battered economy, but which business groups strongly oppose.

Trump issued a presidential proclamation that temporarily blocks foreign workers entering on H-1B visas for skilled employees, and L visas, for managers and specialized workers being transferred within a company.

He also blocked those entering on H-2B seasonal worker visas, used by landscapers and other industries.

The visa suspension, which takes effect on Wednesday until the end of the year, will open up 525,000 jobs for U.S. workers, a senior administration official said on a call with reporters.

The official, who did not explain how the administration arrived at that figure, said the move was geared at “getting Americans back to work as quickly as possible.”

But businesses including major tech companies and the U.S. Chamber of Commerce said the visa suspension would stifle the economic recovery after the damage done by the pandemic.

Critics of the measure say Trump is using the pandemic to achieve his longstanding goal to limit immigration. The proclamation’s immediate effects are likely to be limited, as U.S. consulates around the world remain closed for most routine visa processing.

Immigration attorneys were working on Monday to determine what the order might mean for clients now out of the country.

The measure also exempts food supply chain workers and people whose entry is deemed in the national interest. The suspension will include work-authorized J visas for cultural exchange opportunities, including camp counselors and au pairs, as well as visas for the spouses of H-1B workers.

Republican Trump is running for re-election on Nov. 3 and has made his tough immigration stance a central pitch to voters, although the coronavirus, faltering economy and nationwide protests over police brutality have overshadowed that issue.

The president has faced pressure to restrict work visas from groups that seek lower levels of immigration, as well as some Republican lawmakers.

H-2B visas, which were included in the suspension, have been used by Trump owned- or Trump-branded businesses, including his Mar-a-Lago club in Florida.