Business   In Other News  23 Jun 2020  US accuses Indian charter flights of ‘unfair practices'
Business, In Other News 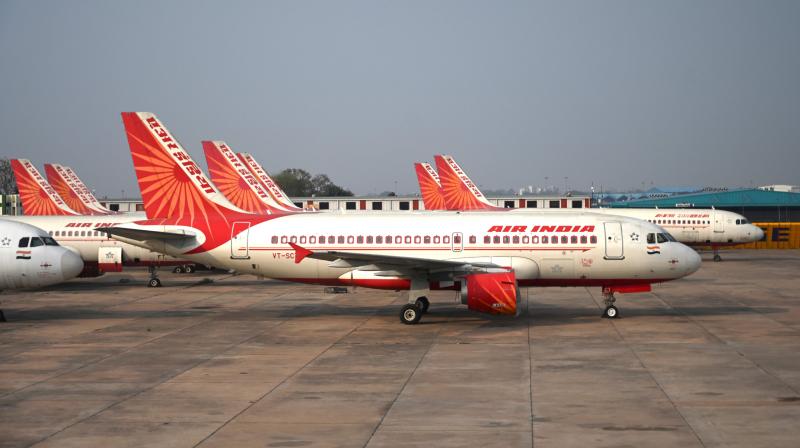 US Transportation Department on Monday accused the Indian government of engaging in “unfair and discriminatory practices” on charter air transportation services. (AFP Photo)

The U.S. Transportation Department on Monday accused the Indian government of engaging in “unfair and discriminatory practices” on charter air transportation services to and from India and issued an order requiring Indian air carriers to apply for authorization prior to conducting charter flights.

The order will allow U.S. officials “to scrutinize charter flights by Indian carriers on a case-by-case basis.”

The department said it “seeks to restore a level playing field for U.S. airlines” under the U.S.-India Air Transport Agreement. The Indian government, citing the coronavirus, has banned all scheduled services and failed to approve U.S. carriers for charter operations, the department said.

The Indian embassy in Washington did not immediately comment. The order is effective July 22.

The U.S. government said Air India has been operating what it calls “repatriation” charter flights between India and the United States in both directions since May 7.

Air India is advertising flights “that would constitute a rate of 53% of the scheduled services it operated before the onset of the current public health emergency,” the department said.

“Considering this rate of flying, and that Air India is selling tickets on the market, the charters go beyond true repatriations, and it appears that Air India may be using repatriation charters as a way of circumventing the GoI-imposed prohibition of scheduled services.”

The U.S. government first raised objections with the Indian government through engagement by the U.S. Embassy New Delhi on May 28.