Business   In Other News  23 Jul 2020  Air India slashes employee monthly allowances by up to 50%
Business, In Other News

Air India slashes employee monthly allowances by up to 50% 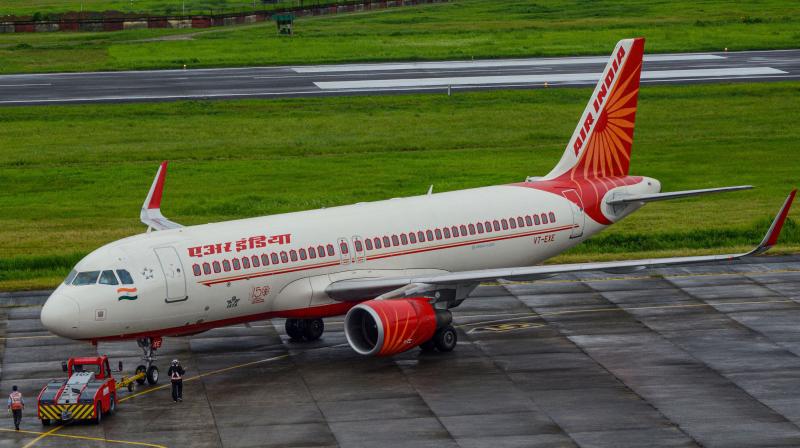 Air India reduces monthly allowances of employees by up to 50%. (PTI Photo)

New Delhi: Air India has reduced monthly allowances of its employees who have a monthly gross salary of more than Rs 25,000 by up to 50 per cent, according to an internal order of the company.

However, for "general category officers", all other allowances - except the aforementioned ones - would be reduced by 50 per cent, said the order.

"General category staff" and "operators" would get all other allowances decreased by 30 per cent, the order mentioned.

Cabin crew members would see their all other allowances like check allowance, flying allowance and quick return allowance reduced by 20 per cent, the order said.

The aviation sector has been significantly impacted due to the travel restrictions imposed in India and other countries in view of the coronavirus pandemic.

All airlines in India have taken cost-cutting measures such as pay cuts, leave without pay (LWP) and firing of employees in order to conserve cash.

The order said flying allowance would be paid on actual hours flown by an individual pilot in a month.

"However, as a special case, all pilots available for flying will be paid fixed 20 hours of flying allowance or actuals, whichever is higher in a month, during Quarter 1 and Quarter 2 of 2020-21 on revised flying allowance rate," it added.

"For employees (both permanent and fixed-term contract) with gross salary up to Rs.25,000 there will be no reduction in salary," it noted.

All fixed term contractual executives and staff other than pilots and cabin crew members will see their other allowances reduced by 50 per cent and 30 per cent, respectively, it stated.

The order said this reduction of other allowances will be effective from April 1 this year and will remain in force till Air India's board of directors review it.

The Air India spokesperson did not respond to PTI's request for a comment.

The airline issued an internal order on July 14 asking its departmental heads and regional directors to identify employees, based on various factors like efficiency, health and redundancy, who will be sent on compulsory LWP for up to five years. Moreover, it said employees can voluntarily opt for the LWP scheme too.