Rajan cautioned that corporations, households and governments will have enormous levels of debt as they move out of the pandemic 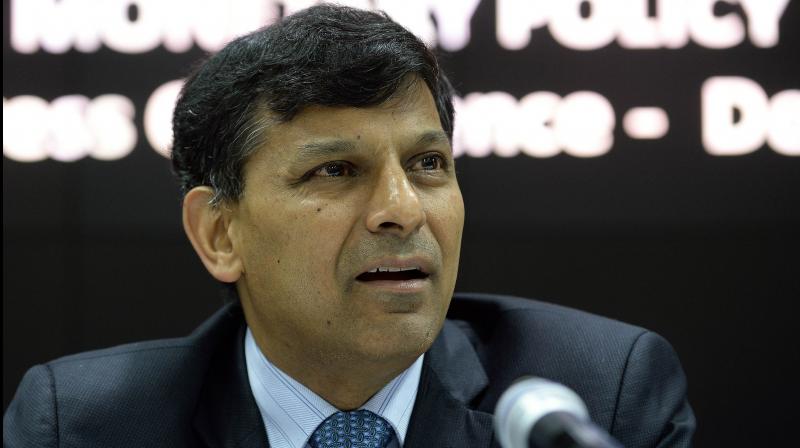 New York: As the US presidential election draws near, the conflict between America and China will escalate, impairing global trade which is "extremely important" for emerging markets like India and Brazil that are re-opening amidst COVID-19 pandemic, according to former RBI Governor Raghuram Rajan.

"Global trade is going to be an important factor if they can jump on to it, whether it's trade in goods and services or trade in digital services, it's going to be very important and our countries desperately need an open world," Rajan said.

Cautioning that there will be "deeply damaged firms" in the economy, Rajan said the post-pandemic recovery has to be accompanied by a process of repair.

"There's going to be enormous bankruptcies in the United States certainly and quite possibly in Europe also as we repair the economy, reallocate resources, restructure capital structures," he said on Thursday at the PanIIT USA virtual conference titled 'The New Global Economic Norm: Post COVID-19'.

"Certainly as we get closer to the US election, the conflict between the US and China is going to increase and that impairs global trade, which is going to be extremely important going forward, especially for emerging markets like India, Brazil, Mexico, which are going to be significantly impaired by the virus and need some source of demand to pull them out as they start opening up again," he said.

The US election will be held on November 3. The contest is between incumbent President Donald Trump and Democratic presidential candidate Joe Biden.

Rajan, an IIT Delhi graduate and the Katherine Dusak Miller Distinguished Service Professor of Finance at University of Chicago Booth School of Business, said that containment of the coronavirus in countries like the US and India has not happened despite lockdowns, while in some countries containment has been a 2-2.5 month process and virus cases have been brought down to the single digits leading to re-openings.

"There are countries, of course the United States being a prime example, but also India as well as Brazil, Mexico where the containment has not happened despite lockdowns, despite enormous costs. As a result, the cost of the virus is going to be significantly greater than for the countries that have been successful," he said.

Rajan said that for countries like India and the US that are still battling the virus, the main issue right now is to contain the virus, even as he asserted that "unfortunately the spread has become significant enough that containment is going to be very difficult".

Rajan also underlined that there will be greater automation of work processes.

Rajan cautioned that corporations, households and governments will have enormous levels of debt as they move out of the pandemic and there will be a lot of focus on how to restructure and bring it down over time.

"The bad debt problems of banks then and the bad debt problems that are likely to emerge for banks across the emerging world is going to be a multiple of what it was in the past and this implies that we need to spend far more time on creating restructuring processes so that firms get back to work and production.

"If we don't focus on the problem of repairing the capital structures of these firms, we're going to have much slower growth, much more problems down the line. So this is something that policymakers need to think about" he said.

Customers are turning to more frugality and savings and there will be more pressure for universal good healthcare as a result of this crisis., Rajan said.

"We've seen the consequences of having inadequate healthcare system, not just in the United States but also in places like India," he said.