Business   In Other News  24 Sep 2018  US may supply oil to India to bridge gap post-Iran sanctions
Business, In Other News 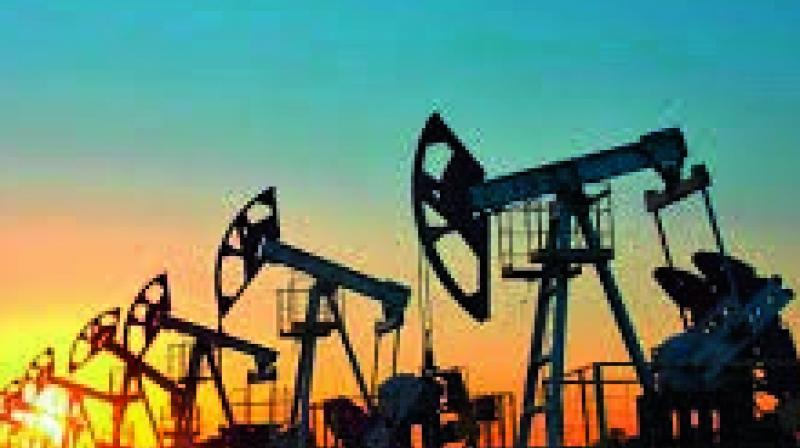 The US may offer oil and gas to India on concessional terms from its own reserves to help the country tide over Iran sanctions that propose to suck out close to 10 per cent of Indian crude imports.

New Delhi: The US may offer oil and gas to India on concessional terms from its own reserves to help the country tide over Iran sanctions that propose to suck out close to 10 per cent of Indian crude imports.

Diplomatic sources said that during the recently concluded 2+2 meeting in New Delhi, the US has indicated its intent of supplying oil and gas worth USD 2.5-3 billion to India at a short notice if the country needed it to meet shortfall arising from cut in Iranian oil imports post-sanctions.

The US could also offer concessions on such oil exports that could be at par with the terms India currently enjoys with Iran. The Islamic Republic offers cheaper freight and a 60-day credit period to Indian importers such Indian Oil Corporation, Mangalore Refinery and Petrochemicals (MRPL) and Nayara Energy (formerly Essar Oil).

“The offer was indicated at 2+2 meeting and this needs to be worked out in detail post November 4, when petroleum-related sanctions against Iran take effect. Transportation cost is an issue to bring oil from the US,” the diplomatic source quoted earlier said.

The source also added that India would continue to adopt the same strategy as it did prior to 2015 when a West imposed sanction on Iran affected oil supplies.

This would mean that India would possibly use escrow accounts for payment against crude oil imports, possibly in rupee, and may cut down its import a bit but will certainly not stop its oil import from Iran completely.

Towards this end, India is exploring a possibility of reviving a rupee-rial arrangement by allowing an Iranian Bank to set up in India. Government sources said that the finance ministry has already given its nod to Iranian Bank Pasargad to set up a branch in Mumbai, which will also help India to continue its oil supplies with Iran and make payment from the country.

India imports close to 10 per cent of its crude oil need from Iran. The country’s oil imports from Iran have already declined in FY 18 to 22.6 million tonnes (mt) from a level of 27.2 mt in FY17. But in the current fiscal year (FY19), imports from Iran have again picked up making the Islamic Republic the second biggest exporter of oil to India.

In FY19 (April-August period), India has imported close to 8 mt of oil and aims to complete about 70 per cent of Iranian oil before November to have a cushion till January by when it is expecting a clarity of any waiver from US or promise of additional oil at concessional rates.

In April-August, India's oil imports from Iran rose 43 per cent to 646,200 bpd compared to the same period a year earlier. India is still working on a waiver from the US to continue its oil trade with Iran. But further crude purchases agreements would be tied only after December by when India is expecting another round of meetings with US officials.